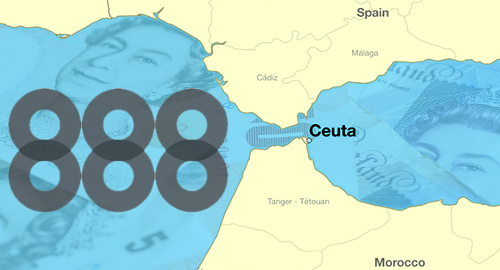 UK-listed online gambling operator 888 Holdings is dealing with its declining profits by shifting some of its operations to a Spanish tax-haven.

Investors promptly panicked, pushing 888’s shares down about 10% on the day and down even further in the next few days after that. The shares have since recovered some, but not all, of that ground as 888 revealed plans to shift some of its operations to the tax-friendly Spanish enclave of Ceuta.

888’s B2B revenue took a hit, falling 44% to $14.8m, although that’s largely an accounting shift following the acquisition of Costa Bingo, which was previously listed under the B2B category.

But what really dragged down 888’s H1 bottom line was its presence in the UK and Italian markets – both of which saw tax hikes this year – and expansion into European regulated markets like Sweden and Portugal, all of which contributed to a 19% increase in H1’s gaming duties. Germany-facing operations also took a hit from that country’s payment processing crackdown.

Expenses were up across the board, including R&D (+10%), selling and marketing (+2%) and administrative (+24%). Throw in a few exceptional items, some finance charges and the next thing you know your share price is dropping faster than Donald Trump’s testicles once the truss comes undone.

Some long-term relief may be on the way via the company’s plans to establish an office in Ceuta in order to reduce its tax burden in Spain, which remains 888’s single largest market outside of the UK in revenue terms. 888 CEO Itai Pazner told eGaming Review that the plan was in “the very initial stages” but the company hoped to make the transition sometime next year.

While UK betting giant Bet365 recently announced a dramatic downsizing of its Gibraltar office, Pazner said he didn’t things “will change much” for 888’s Gibraltar operations. 888 would “probably open a parallel team, at least at the beginning in Ceuta,” before deciding on any potential further shifts.