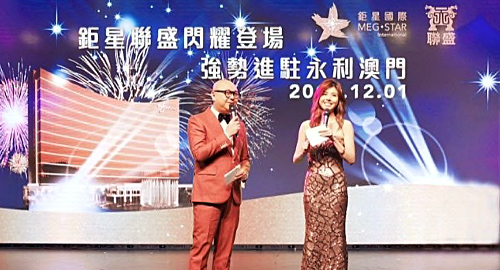 A little over one year ago, Tak Chun announced it had “suspended” its operations at MGM Macau, which reportedly totaled around 15 VIP tables, along with plans to relocate these tables to Sands China’s shiny new Parisian Macao property.

Meg-Star now operates five VIP gaming clubs in Macau, including the launch in April of a new club at Wynn Palace. Meg-Star claimed the launch was part of its “vigorous expansion” in Macau’s VIP gambling market. Meg-Star also has junket ops in Singapore, South Korea, the Philippines and Australia.

Macau authorities have been keeping a tighter rein over the junket industry, and the Gaming Inspection and Coordination Bureau (DICJ) recently concluded its audit of the special administrative region’s 126 licensed VIP gaming promoters.

According to DICJ director Paulo Martins Chan, the audit uncovered “some deficiencies” in “less than 10” junkets. However, these issues were primarily related to junkets “not having registered properly” and the affected operators were expected to resolve their issues by the end of the year.

Chan also said the DICJ has no plans to institute a licensing system for so-called VIP gaming ‘collaborators’ aka junket sub-agents who help identify and recruit high-rolling gamblers, although the DICJ may publish lists of the names of these collaborators.