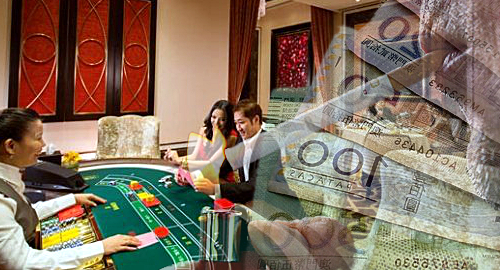 Macau’s VIP gambling market continued its resurgence in the second quarter of 2017, outpacing mass market growth by a factor of four.

Slots revenue followed a similar trajectory, falling nearly 5% sequentially while rising 17.2% year-on-year to MOP 3.1b. The number of slot machines in operation at the end of the quarter was up 1.2% to 16,204.

VIP TABLE SMOKING BAN COMING
Macau’s surging VIP numbers will likely take a hit once the calendar flips over to 2019 after local legislators affirmed plans to phase out smoking at VIP tables. Last Friday (14), the Legislative Assembly voted 24-8 to approve the amended Tobacco Prevention and Control Law, which will require casino operators to set up new smoking lounges by January 1, 2019.

In October 2014, Macau casinos’ mass market gaming floors prohibited smoking except in designated smoking lounges, while smoking was allowed to continue in VIP gaming areas. The following year, Macau’s Health Bureau announced that it intended to phase out the smoking lounges in favor of a total ban on smoking in all public indoor areas.

This spring, Macau legislators reversed course and said the smoking lounges could stay. However, they announced that new lounges would have to be built in VIP areas, and smoking at VIP tables would be phased out over time. As with the mass floor lounges, no gaming will be permitted inside the VIP smoking lounges.