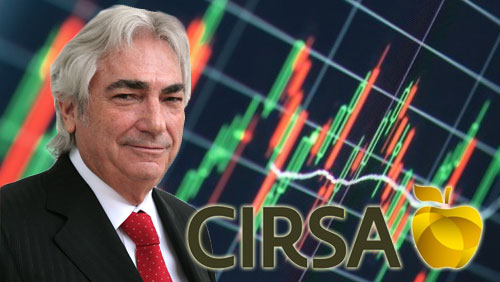 Billionaire Manuel Lao Hernandez must be having sleepless nights thinking about the future of Cirsa Gaming Corp. SA (Cirsa).

Bloomberg reported that the Spanish casino and bingo hall operator is now weighing whether to conduct an initial public offering or to unload its minority stake amid interest from investors.

Citing anonymous sources familiar with the matter, Hernandez may cash in €2 billion (US$2.34 billion) should the stake sale goes forward. A merger is also possible for the company, according to the report. Hernandez may also simply thumb down all these options.

Cirsa reportedly tapped financial advisory firm Lazard Ltd. to help them with their choices, according to the people who refused to be named since this information must be kept private. Cirsa and Lazard reportedly declined to confirm or deny the report when sought for their respective comments.

Considered Spain’s biggest casino and bingo hall operator, Cirsa was founded in 1978 and based in the Catalan city of Terassa, Spain.

According to its website, Cirsa has 134 casinos, over 41,500 recreational machines, 68 bingo halls, 171 arcades, 2,000 sports betting outlets, 3,125 lottery terminals, and 2,578 video lottery terminals in Spain, Italy, and Latin America. It also has online gambling operations in Spain, Mexico, and Panama.

“The casino division has continued its growth thanks to a good revenue performance in the markets it operates in. Despite the unfavorable exchange rates of the Latin American currencies against the dollar, the division slightly improved its operating profit,” Cirsa said.

Also in the same year, Cirsa closed an agreement with Novomatic to acquire the 17 casinos that the Austrian group operates in Peru, with a total of 2,400 slot machines. Cirsa said that the purchase was “part of the company’s selective purchase policy for strengthening its business and strategic markets.”