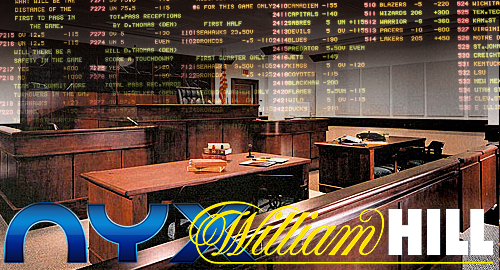 Last week, the Toronto-listed NYX went public with its claims that Hills, which holds a significant stake in NYX, was threatening to vote down the proposed C$775m acquisition of NYX by Scientific Games unless Hills received certain contractual assurances regarding NYX asset OpenBet, which powers Hills’ sports betting platform.

Hills provided around £90m to aid NYX’s 2016 acquisition of OpenBet, and Sci-Games’ interest in NYX is widely viewed as a play to position the company in the event that the US Supreme Court sides with New Jersey’s bid to overturn the federal PASPA sports betting prohibition.

NYX also announced that it had reached an exclusive deal with Sci-Games to develop and distribute a new US-facing sports betting platform. Sci-Games has agreed to provide $30m to fund the development of this platform in exchange for 10 years of exclusivity to pursue sports betting deals in all US states where the activity is permitted. However, this deal could be scrapped if the planned NYX acquisition goes ahead as planned.

The NYX shareholder vote on the Sci-Games acquisition, originally scheduled for December 7, has been pushed back until December 20.

Hills responded to NYX’s original announcement by stating that it was still mulling its options but accused NYX of attempting to “frustrate [Hills’] contractual rights.” Following the lawsuit, Hills spokesman Ciaran O’Brien told the Associated Press that NYX’s “aggressive litigious activity” would not deter Hills from seeking “perfectly reasonable assurances about joint projects with NYX.”

O’Brien said the desire of US-facing gaming companies to position themselves ahead of a potential relaxation of America’s sports betting ban “may give a clue as to the aggressive litigation being aimed at William Hill.”

Last week’s tit-for-tat press release skirmish saw NYX’s shares shed 15% of their value, while Hills suffered only a modest decline. NYX shares were down another 2.5% by midday Monday, while Hills’ shares closed out Monday’s trading on the LSE essentially flat.