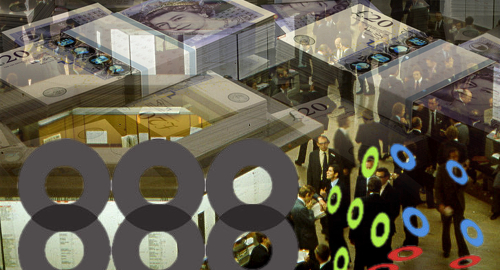 UK-listed online gambling operator 888 Holdings’ share price tumbled on Wednesday after the family of one of its founders sold their entire stake in the company.

On Wednesday, the O Shaked Shares Trust, which represents the family of deceased 888 co-founder Aharon Shaked, sold 46.3m shares in the company, which represented around 12.9% of 888’s total share capital. The shares were sold at 243p apiece for a total return of around £112m.

The Trust had already sold 40m 888 shares in June when the price was 270p, netting £108m. But 888’s stock have taken a hit since the UK Gambling Commission (UKGC) hit the company with a record £7.8m fine in August for failing to protect problem gamblers from themselves. 888 was also among the companies singled out for scorn last month by the UK’s advertising watchdog for ‘fake news’ peddled by one of the site’s affiliate partners.

Wednesday’s share sale reduced the Trust’s stake in 888 to zero, while the Ben-Yitzhak brothers reduced their stake to just 3% last year. The sole remaining co-founder to retain any significant stake in 888 is Avi Shaked, who still controls a roughly 24% stake in the company.

News of the Trust’s sell-off spooked the market, with 888’s share price falling 6.1% to 242.2p as of Wednesday’s closing bell. The share price hit a 2017 high of 300.5p on May 11, just days before the UKGC announced it was investigating the company regarding its license compliance.