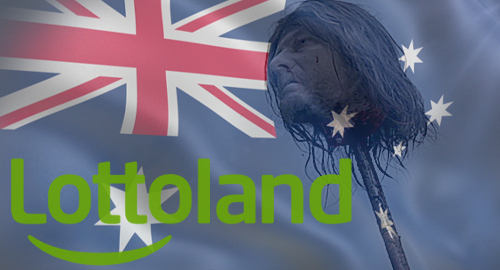 Online lottery betting operator Lottoland is fighting for its right to exist against a furious assault from Australian politicians and retail lottery operators.

On Tuesday, the Herald Sun reported that federal Communications Minister Mitch Fifield had written to the government of the Northern Territory – the jurisdiction that issued an online sports betting license to Lottoland – asking for the gaming regulator to justify its decision to issue that license.

Fifield’s letter reportedly echoes criticisms traditionally leveled at Lottoland; that it misleads customers into thinking they’re participating in a traditional lottery draw, that it’s a “risky” gambling product and that it deprives state governments of revenue that traditional lotteries are required to remit for social and community causes.

Lottoland, which allows customers to place a bet on the outcome of lottery draws – not just on local lotteries but on major international draws like Powerball and EuroMillions – has proven a hit with Australian punters since the local site’s January 2016 launch, leading the betting arm of casino operator Crown Resorts to launch a similar lottery betting product.

STATE AND FEDERAL POLS GANGING UP
The governments in Queensland, Victoria and Western Australia were already said to be considering banning Lottoland’s operations, and WA Premier Mark McGowan announced yesterday that he was “keen to make sure [a ban] happens.”

LOTTOLAND MOUNTS REARGUARD ACTION
Lottoland Australia CEO Luke Brill insisted his company was a “legitimate business that pays its way” and expressed shock at some of the invective hurled by state and federal legislators.

Lottoland has pushed back against the Tatts-led campaign, using Tatts chairman Harry Boon’s own words to demonstrate that Lottoland’s Australian operation accounts for less than 1% of Tatts’ overall revenue and thus its presumed ability to decimate the local lottery business was something of a chimera.

Lottoland is also pushing its own “tax us, don’t ban us” public relations effort, which includes urging the federal government to make good on its vow to impose a national point-of-consumption tax. Will it be enough? Watch this space.