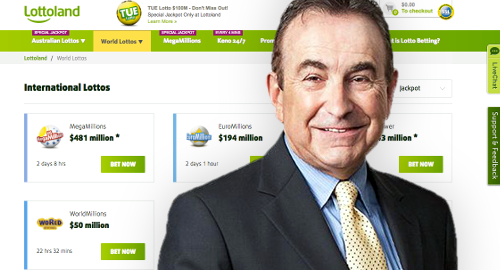 This week brought a concerted effort by Tatts and Aussie retail lottery sellers to convince local lottery players that Lottoland represents an existential threat to the status quo, something Lottoland would freely admit is part of their ‘disruptive’ business model.

But to push back against some of the campaign’s more exaggerated claims, Lottoland Australia is recirculating a blog post from last month laying out what it calls the “Myths and Untruths” regarding its operations, including that the company is a ‘fake lottery,’ noting that it has been issued operating licenses by Australian’s Northern Territory and regulators in the UK, the Republic of Ireland and Gibraltar.

The company also took issue with Tatts’ claim that Lottoland is cannibalizing traditional lottery sales and thus reducing the amount of lottery revenue that is redirected towards community and social causes. Lottoland says its Australian operations account for less than 1% of Tatts’ overall revenue.

To underscore this last point, Lottoland uses a quote provided by Tatts chairman Harry Boon to the Australian Financial Review this week regarding the prospective merger of Tatts and betting operator Tabcorp Holdings.

Tatts earns the majority of its revenue from lottery operations, and Boon was keen to ensure that shareholders understood how well the division was performing. The AFR paraphrased Boon saying “online lottery gambling firms such as Lottoland, as well as CrownBet’s Crown Lotto, had yet to take any market share from Tatts’ lottery business.”

With Boon having hoisted Tatts with its own petard, Lottoland insists there is ample evidence to suggest that, far from cannibalizing the local lottery market, it is instead growing the pie, and that Lottoland customers represent “a new customer group” that are looking for an alternative to “the turgid and stale traditional lottery buying experience.”

It remains to be seen whether Lottoland’s counterpunching will dissuade the state governments in Queensland, Victoria and Western Australia from deciding to follow the lead of South Australia’s government in barring Lottoland from doing business with state residents, as was reported in local media earlier this week.