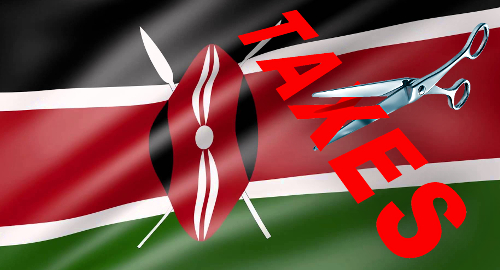 A majority of Kenyans want their government to rethink its new 35% tax on sports betting operators due to fears over what impact the tax will have on local sports teams.

A new survey by Trends and Insights for Africa (TIFA) found that 60% of the 822 respondents surveyed thought the government was wrong to impose a 35% tax on sports betting revenue – up from the 7.5% rate sports betting operators had been paying – while just 22% supported the government’s decision and the remaining 18% were ambivalent.

The new tax rate, which will apply to all forms of gambling in Kenya starting January 1, 2018, was signed into law in June. However, the survey found that 69% of respondents were unaware of the changes, although more than twice as many men were aware of the law than women.

For what it’s worth, the bulk of the 22% who support the tax plan were over 45 years old, and based their opposition primarily on moral grounds.

Fearing for their futures, Kenya’s sports bodies are calling for the formation of a lobby group to convince the government to rethink its tax plan. Kenyan Premier League CEO Jack Oguda said it was imperative that stakeholders “come together and speak with one voice against the tax” because “we are the ones who benefit from this [sponsorship] money.”

SportPesa has sent mixed signals regarding its plans if the tax goes through. The company initially said it would shut all its Kenyan operations, then claimed it would be “the last gaming operator to ever close in Kenya for whatever reason.”

But last week saw SportPesa CEO Ronald Karauri cast further doubt on the company’s commitment to Kenyan sports and possibly to the nation itself, saying “when I say we are here to stay, I am merely thinking positively.” Karauri added that if the government’s tax hike isn’t reversed, “we will not survive.”

This spring, Uganda’s Ministry of Finance proposed amending its gambling tax structure to reduce operators’ rate from 35% to 20%, while individual gamblers would pay 15% tax on gambling winnings. The high 35% rate was blamed for a proliferation in illegal betting shops that sought to avoid paying the punitive rate.

Karauri suggested Uganda further “simplify the tax structure, especially on withholding tax and tax on gross income. Charging a fee on the initial license and an annual fee would be a better idea.” Karauri said “very specific and easily monitored betting shops” would bring in more revenue for the government and help popularize local sports.

Karauri later met with Ugandan President Yoweri Kaguta Museveni, to whom Karauri presented a jersey of the SportPesa-sponsored Everton FC. Karauri has reportedly pledged to take a leading role in sponsoring Ugandan sports bodies if the company finds the revised regulatory scheme to its liking.