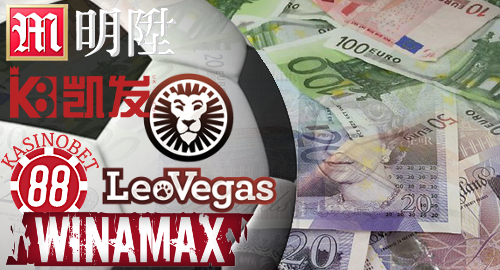 The English Football Association may not want any betting sponsorship money but the rest of the professional football world appears only too happy to pick up the slack.

We begin with English Premier League mainstays Manchester City, who have just come to terms with UK-licensed K8.com on a new official Asian Betting Partnership. The multi-year deal, which gets underway with the start of the 2017-18 EPL season, adds to the K8 Group’s EPL portfolio, which includes a shirt deal with West Bromwich Albion.

Sticking with the EPL, AFC Bournemouth have inked a two-year shirt deal with Asian-facing operator M88, whose parent company Mansion was Bournemouth’s previous shirt sponsor. Convenient, that. Bournemouth is coming off its best-ever season in the EPL, while M88 has now gone nearly two years without having its player agents busted by Vietnamese authorities. Synergy!

Downgrading to UK football’s second tier, mobile casino operator LeoVegas has inked a two-year shirt deal with Championship side Brentford FC. LeoVegas replaces 888 Holdings’ sportsbook brand 888 Sport as the Bees’ shirt sponsor for their final two seasons at their longtime but decrepit home field of Griffin Park before the team shifts to Brentford Community Stadium in 2019.

Shifting to the continent, Dutch football legends AFC Ajax have inked a new official Asian Betting Partnership with KB88 (Kasinobet88). The two-year deal, which local media reported is worth €400k per year to the Amsterdam-based footballers, will not feature any promotional activity within the Netherlands due to that country’s gambling regulator being really freaking touchy about that sort of thing.

We close out European tour in France, where local online gambling operator Winamax has reupped its betting partnerships with Ligue 1 clubs FC Nantes and Girondins de Bordeaux. The Nantes deal will see Winamax maintain its status as the club’s official betting partner through the upcoming season while the operator will see its logo adorn Les Girondins’ shorts and sleeves for the next two campaigns.