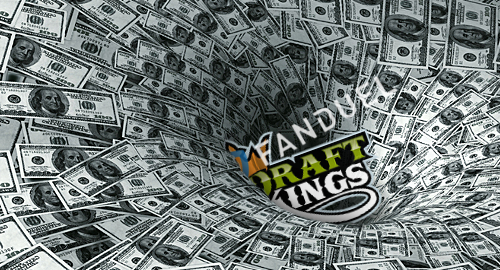 On Tuesday, Axios published what it claimed were financial figures drawn from a 106-page document detailing the nuts and bolts of the planned merger of DraftKings and FanDuel. That merger looks increasingly doubtful after Monday’s announcement that the Federal Trade Commission (FTC) opposed the union due to competition concerns.

According to the Axios report, DraftKings’ own GAAP audited figures indicate the company generated revenue of $160m last year, while reporting an operating loss of $92m. As ugly as that reads, it pales in comparison to the staggering $509m loss DraftKings recorded in 2015, the year both DFS companies blanketed the television airwaves with marketing pitches.

FanDuel’s numbers are slightly less alarming, but fugly all the same. FanDuel’s revenue over the first 10 months of 2016 totaled $91m, while booking an earnings loss of $59m over the same period. Neither company was willing to comment to Axios regarding the internal document, although DraftKings offered slightly corrected figures for 2016.

While the Axios numbers contain only FanDuel’s partial 2016 figures, the report lists annual results for DraftKings dating back to 2013, which show a steady progression in revenue from just $4m that year. However, they also detail rising operating losses, which total an astounding $688m in just four years.

The lack of profits at both DraftKings and FanDuel was no industry secret, and the merger’s promised economies of scale – including the expected ruthless purge of redundant staff – was considered the only way either company would be able to turn its red ink to black.

Following Monday’s FTC announcement, DraftKings and FanDuel issued a joint statement saying they would likely file a court challenge of the FTC’s decision. The New York Post then reported that the operators planned to use their lack of profits to counter the FTC’s claim that the merger would disrupt a “viable, real” DFS market, so it’s possible that the DFS companies themselves leaked their financials to Axios to support their future legal filing.

Axios also noted that FanDuel had originally decided against following DraftKings’ recent decision to seek yet more outside investor funding, based on FanDuel’s belief that the $30m cash reserve the company had as of last October would be enough to see it through the merger process. The FTC’s Monday announcement may cause FanDuel to reconsider its position, although the leaked financial figures could cause investors to reconsider taking a bigger stake in a business where the real fantasy is profitability.