Home / Casino / Beyond Macau: Asian neighbors punt on a slice of gaming pie 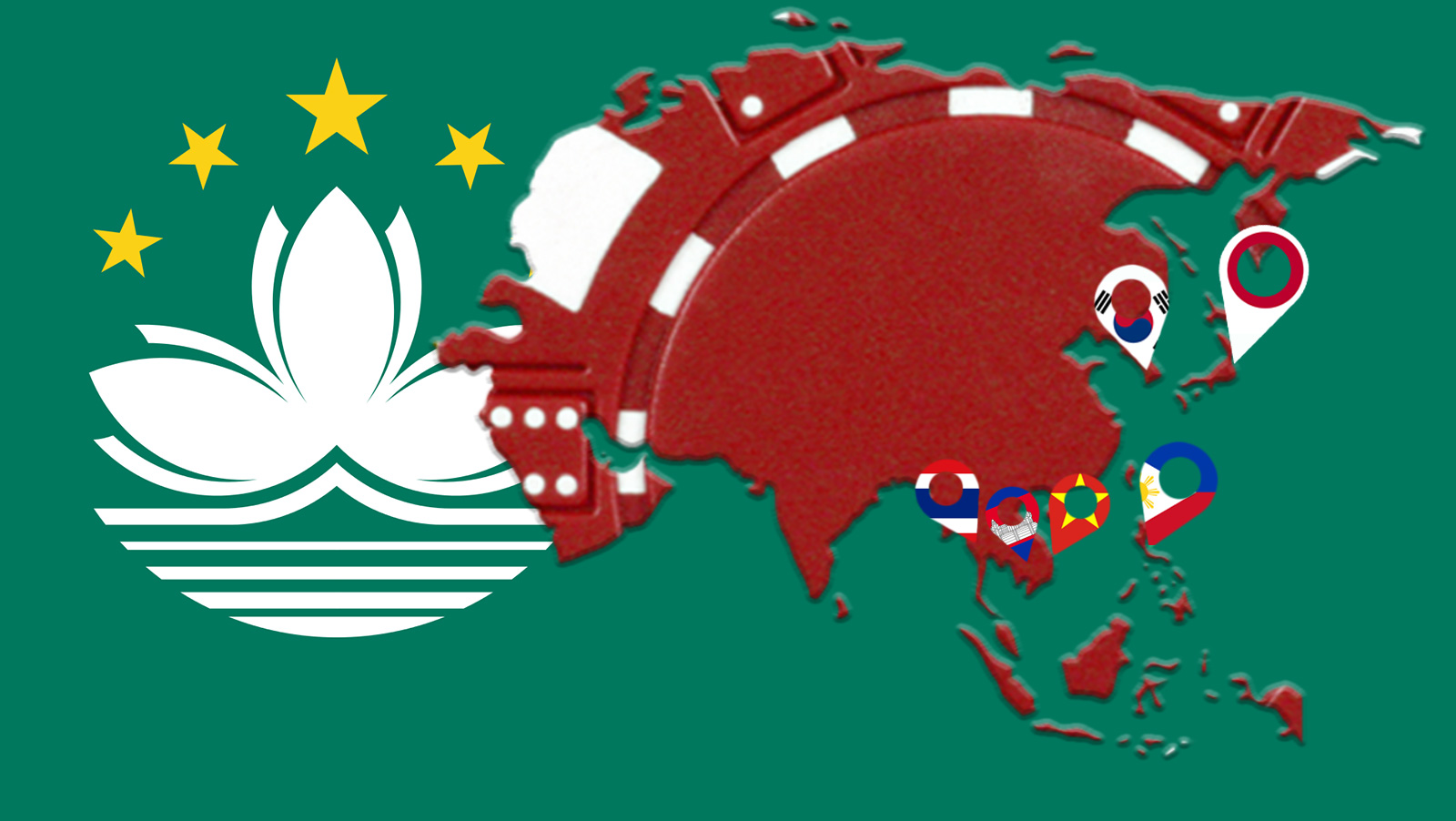 Macau’s neighbors are playing their cards right as the world’s largest gambling hub looks to diversify its entertainment offerings.

The Chinese territory’s economy has been highly reliant on gambling, which accounts for more than 80 percent of Macau’s annual revenues—that is until mainland Chinese authorities announced a crackdown on corruption, causing the city state’s revenues to plummet to five-year lows.

Now, China’s Sin City is recovering and working hard to become the tourism and leisure destination that Beijing wants it to become, which begs the question: where will its gamblers go?

Ace in the pack

Macau’s neighboring countries are already playing their cards right for a slice of the gaming pie, and the Philippines, in particular, may just turn out to be the ace in the pack.

“I think Philippines is probably the one that comes to mind for simply because we are seeing decent amount of growth in inbound Chinese volume, but the real exciting part there is the local story, the local economy is doing so well,” said Grant Govertsen, managing director of Union Gaming Securities Asia, during the conference.

With a goal of becoming one of Asia’s top gaming destinations, the Philippines opened its version of Las Vegas Strip-like cluster of casino resorts in its capital city of Manila. Entertainment City is now hosting three of the four planned large-scale integrated resorts: Bloomberry Resort’s Solaire Resort and Casino, Melco’s City of Dreams Manila, and the newly opened Okada Manila. The fourth casino, Genting Group’s West Side City Resorts World, is targeting a 2020 launch.

What sets the Philippines apart from the other regional markets is that it enjoys a wide mix of visitors in its casinos, according to Govertsen.

“You’re seeing the GGR story in the Philippines gets better and better and better, and it’s not dependent on inbound Chinese playing there so that’s quite interesting,” the analyst pointed out.

But the country is also benefiting from its closer relationship with China.

“The economy’s doing pretty well that’s helping the locals, the mass market story and then the closer the Philippines becomes with China I think the better the VIPs story will be, or the more defended it will be from the potential action out of Beijing,” Govertsen told CalvinAyre.com.

The Philippines may be the market to look out for, but the country still faces a stiff competition from other regional markets, such as South Korea.

Several weeks ago, South Korea saw the launch of its largest casino resort—Paradise City—featuring 154 game tables, 281 slot machines and four, 62-seat electronic table games. But like many before it, the newly-opened integrated resort only permits foreigners inside its gambling halls. South Korea currently has 17 casinos, but its locals are only allowed to gamble at one of them—Kangwon Land, located 150 kilometers southeast of Seoul in Kangwon province.

South Korea is also feeling the heat from its geopolitical tension with China, which appeared to have been upping its economic retaliation against the deployment of a U.S. missile system on South Korean territory.

Still, Choudhary believes there is a slim chance South Korea’s integrated resorts will emerge on top.

“Unless they allow the locals to play it won’t be as exciting as Japan, but the fact that they’re allowing foreigners and when the China and Korea relations improve, I would say that Paradise City would actually surprise you,” the analyst said.

Domestic and international investors are, of course, keeping a close watch on the developments in Japan’s casino legalization process.

Japan is expected to be the second biggest market in Asia and the third biggest in the world, trailing behind Las Vegas and Macau. And competition among casino operators is heating up as early as now, with Las Vegas Sands Chairman Sheldon Adelson announcing he is ready to spend as much as US$10 billion to build a casino resort in Japan, while Lawrence Ho said Melco Crown Entertainment is prepared to “spend whatever it takes to win.” MGM Resorts, among the first companies to signal interest in a Japan IR license, is willing to invest up to US$9.5 billion to open a casino resort by 2022 or 2023. 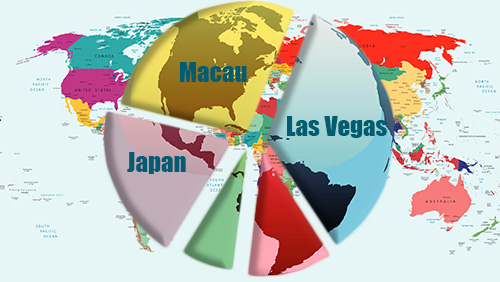 Yet despite being constantly in the headlines, very little is known about what Japan has in mind for its nascent casino industry. What is sure though is that the Japanese government is already working on the second IR bill, which will focus on how to drive foreign tourism to the country a la Singapore.

“What’s positive about the IR industry in Japan is that it will come with the most robust regulation,” said Galaxy Entertainment VP for International Development Jeremy Walker at a separate panel session. The Macau-based casino operator recently partnered with Monte-Carlo Société des Bains de Mer on a bid for a Japanese casino license.

“It’s very important to think about what is the vision that the Japan government will set forward in their legislation and make sure that we [casino operators] create the right approach to support growth and economic development,” Walker added.

Vietnam continues on a conservative approach

Beyond the Philippines, South Korea and Japan, “really small markets” await international investors—some of which remain conservative on the gambling front.

Vietnam, for example, has authorized a three-year test of relaxing the country’s longstanding ban on allowing its citizens to gamble in the nation’s casinos, which are currently reserved for international tourists and Vietnamese nationals who hold foreign passports.

The pilot program was said to apply only at two casinos—one in Quang Ninh province in the country’s north and the other on Phu Quoc island in the south—neither of which has been built yet. This, Govertsen said, limits the potential of the southeast Asian country as a gambling destination.

“If you live in Ho Chi Minh City, for instance, you’ve got to fly. It’s hard to get to Phu Quoc, so that population doesn’t have an outlet, if you will, for gaming. If you look at Vien Dong, it’s not exactly next to Hanoi so they’re making it hard for locals to gamble. I think that’s intentional,” Govertsen told CalvinAyre.com.

And this, he pointed out, may cause problems for the otherwise promising gambling market.

“I think the initial numbers out of Vietnam will be a lot more anemic than they are otherwise would be if they said we’re going to have a casino in Ho Chi Minh City,” Govertsen said.

Cambodia: A tale of two cities

Thanks to the growing number of expatriates living in around Phnom Penh, Cambodia is demonstrating significant levels of growth. And that’s interesting news, according to Govertsen, especially since the country’s gambling establishments are expected to struggle to survive during the duration of Vietnam’s locals pilot program.

“The border casinos in Cambodia are more tied to the economy of the neighboring country rather than the economy of Cambodia but for instance out in the Bavet border there’s a lot of question marks because what happens when locals can now gamble in Vietnam,” he said. “I think you’ll see it’s a tale of two cities. NagaCorp and Phnom Penh continues to see great growth whereas Vietnamese border casinos are probably going to suffer.”

NagaCorp operates NagaWorld, the only casino in Cambodia’s capital Phnom Penh. The country currently has 65 casinos, according to government data.

Laos, meanwhile, is expected to reap the benefits of China’s grand strategy for a southeast Asian “Silk Road.”

Launched in 2013, President Xi Jinping’s $1 trillion “One Belt, One Road” initiative promises to build infrastructure that will connect more than 60 countries. The plan seeks to strengthen China’s trade and investment ties with its central and Southeast Asian neighbors, and Laos has much to gain—particularly in the tourism sector.

“When you think about a market like Laos which lies right on the new Silk Road, you’re going to see much like Cambodia, you’re going to see a lot of Chinese investment into Laos, into Cambodia and down the road if you will and gaming properties in those jurisdictions will naturally benefit,” Govertsen said.

Laos has one casino, the Savan Legend, which was acquired by Hong Kong-listed Macau Legend in 2016 for a sum of US$42 million. The new Silk Road project, however, may open doors for future casino developments in the country, according to the Union Gaming analyst.

“They offer an entertainment outlet for those who are now stationed in or resting in these communities, so I think the strategy that Macau Legend is showing, following the One Belt One Road [initiative], makes a lot of sense to me,” he noted.

Thailand: Interesting but not in the game—yet

Other Asian countries, such as Thailand, also has a potential to become a gaming destination. In the future, that is.

Thailand doesn’t allow casino gambling within its borders, a prohibition that has led to a thriving Cambodian border casino industry. But the country has a new king now, which could mean changes down the road.

“Looking at it, I think Thailand will be interesting as a gaming destination. The GGR story there would be phenomenal, [but] gaming hasn’t been an agenda,” Govertsen said. “We have a new king now, it’s more of like today than it was before although I think it would be a long-term process to change the opinions of and get everybody on the same page, so I think we’re years away.”

No appetite in Taiwan to support gaming

Taiwan, on the other hand, has been continuously holding referendums on gambling—to no avail—ever since the government lifted the 15-year prohibition on gambling on the islands on Kinmen, Matsu and Penghu.

The two previous referendums were held in Penghu, but residents voted—both times—against the idea of allowing casino resorts in the country. In the October 2016 referendum, 81 percent or 26,598 residents voted against the casino plan, while 6,210 votes were in favor of the drive to bring casinos to Taiwan.

And the future remains bleak for a casino in Taiwan, because according to Govertsen, “there’s really no appetite among the Legislature to be helpful.”

“Even if they do the right language and it happens and they build a casino, it’s entirely dependent on the good graces of Beijing and whether or not they will let people go there, and that’s a huge risk,” said Govertsen.

Taiwan’s ruling Democratic Progressive Party (DPP) has been vocal about its opposition to casinos on the islands. President Tsai Ing-wen even vowed that the she and the ruling DPP administration would demonstrate its resolve and ability to promote economic development in Penghu to prove that gaming is not the only way to boost local development.