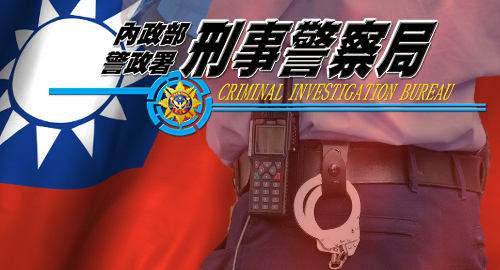 Authorities in Taiwan have broken up an illegal online gambling ring that catered to local gamblers as well as punters on the Chinese mainland.

CIB officials said their investigation had determined that the site had been in operation since last December. Since that time, the betting site had handled wagers totaling NT$340m (US $11.3m), averaging around NT$2.25m per day.

The CIB fingered a man identified only as Tseng as the brains behind the operation, which reportedly employed over a dozen people working in three shifts around the clock. These staffers were responsible for recruiting customers through social media and text messaging services, as well as setting up bank or Alipay accounts through which Chinese customers’ bets would be deposited and any winnings paid out.

In the course of Wednesday’s raids, police seized an assortment of computers, mobile phones, China UnionPay bank cards and over NT$500k in cash. The case has been handed to the Taichung District Prosecutors Office. Taiwan has a zero tolerance policy toward online betting sites that take action from local residents, as the only legal form of gambling in the country is the state-run lottery.

There’s no indication that Taiwanese authorities had any assistance from their counterparts in China in making this week’s arrests. The two countries have a frosty relationship but since 2013 have occasionally collaborated to dismantle cross-border online operations that offend both nations’ anti-gambling sensibilities. In March, China’s Ministry of Public Security urged greater international cooperation in combatting unauthorized gambling activity.