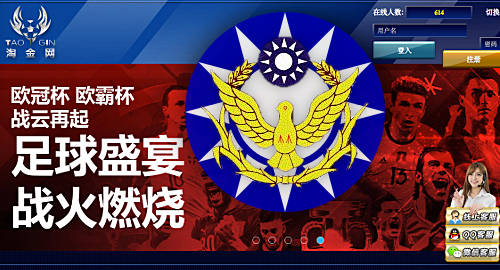 Taiwan’s Criminal Investigation Bureau unleashed its full fury against members of the Four Seas Gang and the Bamboo Union last week. A total of 6,470 officers raided 164 locations linked to gang activity, resulting in the arrest of 108 suspects, including six high-ranking members of the two gangs.

At the same time, an additional 5,889 officers raided scores of locations in which illegal gambling activity was taking place, with the intention of depriving the gangs of one of their chief sources of income.

The raids took place in all of Taiwan’s counties and major cities, and targeted all forms of gambling, including illegal casinos, sports betting pools, underground Mark Six lottery operations and other gambling dens.

Among the 1,440 suspects detained in the gambling raids were members of two online gambling networks that catered to clients in Taiwan, China, Hong Kong and Macau. The Taipei Times identified one of the online gambling operators as the Tao Gin network, whose gambling domains reportedly includes w3.tg.777.net (pictured).

The Times also fingered Jiu Zhou Entertainment, whose domains included bx5588.com (which has since gone dark). This isn’t the first time Taiwan has targeted the operations of Jiu Zhou, which used to hold a license issued by the Philippines’ First Cagayan Leisure and Resort Corporation.

In January 2016, over 300 Taiwanese police targeted Jiu Zhou’s local operations in what was described at the time as the “largest online gambling operation in the nation’s history.” Police raided 55 locations and arrested 53 suspects, including the alleged ringleader. (Guess he wasn’t irreplaceable.)

Taiwan takes a particularly dim view of gambling, with local residents having to choose between the state-run lottery or, well, nothing. Efforts have been made to approve casinos in the country’s outlying islands, but these efforts have to date all been for naught.