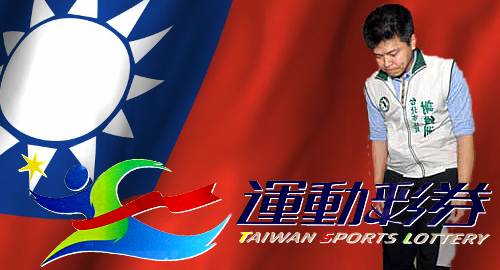 A Taiwanese legislator has been forced to deny a website’s claim that he’s a degenerate sports lottery gambler.

The report quoted Hsieh Wei-chou (pictured, publicly apologizing last year for an unrelated incident) saying he no longer purchased sports lottery tickets and his sole focus was on his city councilor duties. Yet a source at Taipei City Council contradicted the councilor’s claims, saying his mother Yu Fang-chin had been forced to return to Japan to clear up her son’s debts and that his furious father had suggested that his son “might as well die.”

The source further alleged that Hsieh Wei-chou had ramped up his sports lottery stakes after being elected to city council in 2014. This allegedly led to him taking out low-interest loans that Taipei Fubon Commercial Bank offers councilors, as well as borrowing money in the name of his council office.

Hsieh Wei-chou responded to the website’s claims via a Facebook post in which he admitted having played the sports lottery, but denied having incurred any debts as a result of his gambling. The councilor also admitted taking out loans, but said they were used to repay election campaign expenses, not gambling debts.

Taiwan has limited gambling options available to local residents, beyond the Intralot-powered Taiwan Sports Lottery. Some of Taiwan’s outlying island groups have made token efforts at approving integrated resort casinos, but these efforts have failed to win the necessary support from voters.