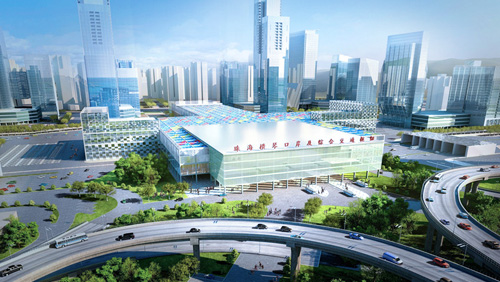 Casino operators in Macau are looking for ways to keep the ball rolling in the world’s biggest gambling hub as Beijing authorities continue to push for diversification.

For Francis Lui, deputy chairman of Galaxy Entertainment Group, the answer to boost the gambling enclave’s tourism numbers lies on an island—Hengqin.

A pet project of Chinese President Xi Jinping, the 100-square kilometer island is supposed to help expand Macau’s appeal as a tourist destination, among other things. Hengqin already has a theme park, but visitors between the two islands need to pass immigration checkpoints before they can travel back and forth.

But the idea of relaxing border controls between Macau and next-door neighbour Hengqin may just be the key to boost the two islands’ tourism, according to Lui.

“We encourage the idea that Hengqin implement a borderless entry between Macau and the island, so that all visitors to Macau can also access the amenities that Hengqin has to offer, and then freely return to Macau,” Lui said during his keynote address at the opening of the Global Gaming Expo (G2E) Asia 2017 in Macau on Tuesday.

Lui’s Galaxy Entertainment is investing on a tropical island-style, non-gaming resort on Hengqin.

“[Relaxing border controls] would make Macau a more competitive and compelling family destination. Put it like this: Macau, the world’s biggest gaming hub, with Hengqin and its entertainment focus, would be like having Las Vegas and Orlando right next to each other, instead of over 2,000 miles apart,” the Galaxy Entertainment exec said.

Macau’s economy has been highly reliant on gambling, which accounts for more than 80 percent of the Chinese territory’s annual revenues—until mainland China announced a crackdown on corruption that caused revenues to plummet to five-year lows.

In hindsight, Lui said Macau had been “much too dependent on VIP.”

“We fully understand the central government’s concerns regarding capital flight. If it is perceived that money is being washed through Macau, it might lead to the tightening of visa restrictions. We need to clearly demonstrate to the central government that we support responsible gaming with full reporting and transparency,” Lui said.

During his keynote, Lui briefly touched on Macau’s gaming tax regime and advised the government of Macau to be prepared to revisit its 39 percent gaming tax as it faces strong regional jurisdictions with lower tax offerings.

“We need to keep in mind there are lower-tax jurisdictions actively targeting the highly-mobile Chinese gamblers,” the executive said. “At some point in time, depending on the prevailing conditions, there may be a need for all the stakeholders, including the community, the Legislative Assembly, the government and the concessionaires, to have an open and honest discussion on how to ensure long-term competitiveness.”