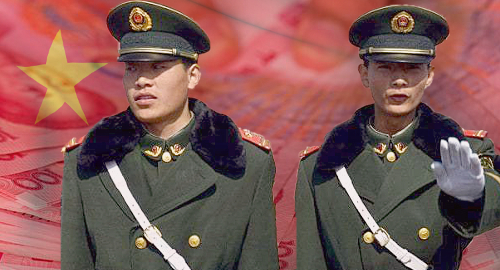 Chinese authorities have arrested over 200 people in connection with an online lottery fraud operation.

On Wednesday, China’s state-run media agency Xinhua reported that police in Shaanxi province had raided three locations earlier this month and detained 203 individuals, of whom over 100 will face criminal charges in connection with their bogus lottery scheme.

The report indicated that the ring operated by contacting players on social networking platforms such as QQ and WeChat with promises of high odds of winning lottery jackpots, then making the pitch to purchase lottery tickets online.

But the lottery tickets were bogus, and a disgruntled customer who lost RMB 45k (US $6,500) to the scammers alerted police in January. The ring, which was in operation since 2015, reportedly generated sales of RMB 100m ($14.5m) before the authorities got wind of their dealings.

China ordered a “temporary suspension” of all online lottery sales over two years ago after uncovering widespread fraud at provincial lottery administration centers. Despite occasional hints of restarting the program under a new regulatory framework, there’s been no tangible sign of progress on this front.

The suspension has wreaked havoc for companies whose main source of revenue was online lottery sales, such as the Nasdaq-listed 500.com. Last week, 500.com reported losing $9.3m in the first quarter of 2017, after losing $52.3m in FY16. The company recently branched out into social gaming operations in a bid to keep the lights on while it rides out the lottery suspension.