Home / Business / Betclic Everest gives up on Belgium after one year 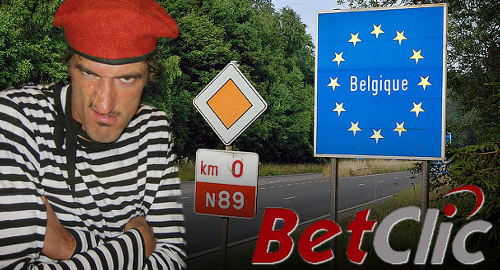 In May 2016, Betclic Everest launched its Belgian-licensed Betclic.be sports betting and casino site. The site was a partnership with the Ardent Group (the former Circus Group), in keeping with local regulations requiring online gambling sites to team with a land-based gaming operator.

Fast forward to last week, when Belgian media quoted Ardent CEO Emmanuel Mewissen saying that Betclic had decided to “reposition itself on the French market.” Mewissen suggested that Betclic’s late arrival in Belgium put the company at a disadvantage compared to other operators who’d launched Belgian-licensed operations years earlier.

Betclic had indeed taken the long road to winning its Belgian license. The company spent years on the Belgian Gaming Commission’s blacklist of unauthorized online gambling domains, yet continued to serve Belgian punters until the BGC seized €600k of company funds and slapped €200 fines on 79 local punters who’d been caught gambling with the unapproved site.

In September 2015, Betclic made nice with the BGC, withdrawing its services from the country and anteing up around €80k to cover the fines assessed against its Belgian players. Crime may not pay, but operating in a heavily taxed, overly regulated market apparently is also not so good for the pocketbook.

PORTUGAL, ITALY NEXT?
It’s unclear at this point what Betclic’s ‘repositioning’ on its home market might mean for the company’s operations in other markets, including Italy and Portugal. Italian sports betting turnover figures for April showed Betclic handling only €2.8m, second last on the top-25 operator chart, while its online casino captured only 0.51% of the market’s total online casino revenue.

Unlike its relatively late start in Belgium, Betclic subsidiary BEM Operations Ltd was the very first operator to receive a sports betting license in Portugal’s regulated market last year and followed that up with a Portuguese online casino license several months later.

But Portugal’s license issuing slowed dramatically after the initial rush, and the market has so far welcomed only six approved licensees. Only two of these licenses cover sports betting, which isn’t surprising given the punitive 8% tax on the first €30m of betting turnover and 16% on all wagers over that sum.

The Remote Gambling Association issued a statement last week noting the few takers for Portugal’s online licenses, prompting RGA CEO Clive Hawkswood to observe that Portugal’s online market ‘is not operating in the way that the government intended.” Hawkswood urged Portugal to adopt a tax scheme more in line with those in other European Union regulated markets.