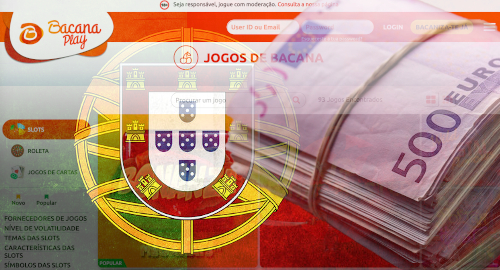 Portugal’s online gamblers are fewer in number this year than the year before, although slightly more of them are patronizing locally licensed sites.

This week, the Portuguese Association of Online Betting and Games (APAJO) released the results of a new survey conducted by pollsters Aximage on the habits of the country’s online gamblers. The survey, which was conducted in August, involved 601 registered online gambling customers (501 of which were male), the bulk of whom were between 18 and 34 years of age.

The survey found that 82.9% of respondents had gambled online in 2020, down from 93.6% the year before. The number of respondents who gambled solely with Portuguese-licensed sites increased 1.2 points to 45.2%, while the number who favored only internationally licensed options dipped 0.4 points to 5.6%. The jurisdictional-agnostic ranks of those who enjoyed both options fell 0.8 points to 49.2%.

The majority of respondents (92.8%) claimed to be able to discern between operators who held local licenses and those who didn’t. Of those who chose to gamble purely on Portuguese-licensed sites, 71.5% did so for security reasons, up 7.5 points from 2019. Those who favored international sites cited better bonuses, odds and a broader product range as motivating factors.

Nearly half (49.4%) of respondents said their gambling behavior underwent no change during the pandemic lockdown, 10.6% said they spent more while 3.6% spent less. Another 13.9% said they’d explored other online gambling products during lockdown, most likely due in part to the pandemic suspension of major league play.

The most recent online market stats from the Serviço Regulação e Inspeção de Jogos do Turismo de Portugal (SRIJ) regulatory body showed a significant uptick in online casino activity early in the lockdown, although this wave largely receded by the end of June.

Portugal’s online sports betting market is routinely savaged due to its high tax rates on wagering turnover, while online casino taxes were raised this year to 25% of revenue. Yet this hasn’t deterred new operators from seeking SRIJ-issued licenses, including Skill On Net Ltd, which received an online casino permit for its Bacanaplay.pt site two weeks ago.

Meanwhile, some members of Portugal’s land-based casino industry may catch a break from their COVID-19 struggles, which saw all gaming venues shut down in mid-March then reopen in June after installing certain health and safety measures. In September, the casinos were forced to restrict their hours of operations to pre-11pm as the country’s infection rate started to rise again.

The government is reportedly mulling an extension to the concessions belonging to casinos in the Estoril, Lisbon and Figueira da Foz regions, which were scheduled to expire on December 31. The government is reportedly considering extending the existing concessions until the end of 2023 to align with several other gaming zones, after which a public tender will be held for the casino rights.

Through the first nine months of 2020, Portugal’s 11 casinos generated gaming revenue of just €122m, down 48% from the same period last year. The Estoril and Lisbon casinos, both of which are run by the Estoril Sol Group, reported revenue declines exceeding 50%.

In addition to the concession extension, the government is reportedly mulling a waiver of the contracted minimum payment casinos are required to make to the state regardless of revenue generation.