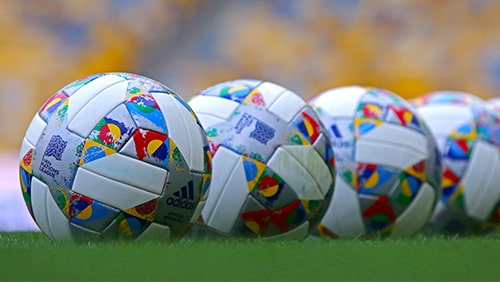 A fortunate late victory was sealed by Raheem Sterling’s penalty as England stuttered in their Nations League opener at the Laugardalsvöllur Stadium in Reykjavík.

The Nations League may not be a priority to England, but this was still the first match of a long campaign of International games. What previously might have been a series of friendlies building up to either European Championship or World Cup qualifiers is instead a chance to seal a play-off place for major events in the Nations League, though this year’s competition has needed to be altered given the Coronavirus pandemic and the subsequent postponement of Euro 2020.

The chance, then, to win a trophy is everything and England, second-favourites in a group also featuring competition from World Cup 2028 enemies Belgium and Denmark needed to start their Nations League campaign with a victory in Iceland.

In truth, Gareth Southgate’s men made a lot harder work of the result than they needed to, although that also owed a little to a twitchy linesman.

A perfectly good early goal by Harry Kane was incorrectly ruled out for having taken an English touch on the way through to his far-post clinical finish. It may end up being a goal that the Tottenham Hotspur man rues being chalked off in his race to overtake Wayne Rooney as England’s leading goalscorer. In the second half, with the score still goalless, England introduced the latest man who will harbour hopes of ending his career with his name of the top of the goalscorer charts for his country, Mason Greenwood.

While Greenwood was a quality late cameo, another man at the opposite end of his career did his chances of keeping his place no favours at all. Kyle Walker has played for England almost 50 times, but his recall was marred by a late second yellow card that owed a lot to the lack of discipline required when on a booking. The Yorkshireman saw red, but instead of England sitting back, they pressed forward with ten men and earned their win.

Winning a late penalty, it was left to Manchester City wing-forward Raheem Sterling to roll in what looked like the winner. However, in a bid to change the headlines, Joe Gomez – who had a fairly fractious stand-off with Sterling as the Liverpool and Manchester City rivalry took place last season – gave away a clumsy penalty when he bundled over the Icelandic attacker, but Birkir Bjarnason skied his shot from the spot to blaze Iceland’s only real chance all game over the bar, leaving Jordan Pickford to celebrate.

It was a case of all-square at the death as Germany drew 1-1 with Spain where Timo Werner’s early strike was equalized in the 5th minute of injury time, while European Championship holders Portugal thrashed Croatia 4-1, with goals from Diogo Jota and Andre Silva.

Here’s what all that does to the latest odds to win the Nations League.