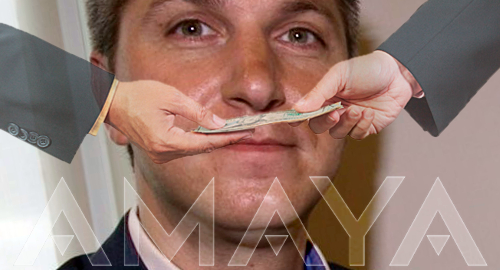 With the clock counting down to the end of this year’s legislative session, the New York Senate Finance Committee will hold a vote on its gaming expansion bill on Tuesday. The bill includes plans to authorize intrastate online poker, a subject that made a surprise appearance on Monday in a federal court in Buffalo.

Steve Pigeon, a longtime New York Democratic Party operative, pled not guilty on Monday to charges of conspiracy and facilitating an illegal campaign donation from the CEO of “a Canadian online gaming company” based in Montreal to a New York “public official” running for re-election in 2014.

The criminal complaint filed against Pigeon by Acting US Attorney J.P. Kennedy doesn’t name this public official or the company that made the donation. But local NBC affiliate WGRZ quoted Pigeon’s attorney Paul Cambria saying the $25k donation at the heart of the matter was made at a Cuomo event in Manhattan on February 25, 2014 by “a lawyer from Florida.”

State records indicate that a $25k donation was made on that date by Florida attorney Marlon Goldstein, who was appointed Amaya’s general counsel and executive vice-president just one month prior to the Cuomo event. Pigeon also confirmed to the Buffalo News that the gaming industry exec cited in the complaint was Baazov.

The year after this donation, New York state Sen. John Bonacic (a Republican) filed an amended version of his online poker bill that removed a ‘bad actor’ clause prohibiting the involvement of any company that – like PokerStars, which Amaya acquired in June 2014 – took wagers from US gamblers following passage of the 2006 Unlawful Internet Gambling Enforcement Act.

Given the recent brouhaha involving Russian hackers doing their best to elect Donald Trump, federal prosecutors were keen to play up the angle of a US election being “unduly or illegally influenced” by foreign interests.

The complaint says that the Canadian online gambling company paid Pigeon’s Papi Holdings firm $388k between 2010 and 2015 for consulting/lobbying services. Yet Pigeon never registered as representing Amaya, which at the time of the 2014 Cuomo event was represented in the state by lobbying firm Bolton-St. Johns.

Baazov stepped down from Amaya in August 2016 after Quebec’s securities regulator laid criminal charges of insider trading involving Amaya’s PokerStars acquisition. His trial is set to commence on November 20. Baazov sold the bulk of his Amaya holdings in March after Amaya’s lenders took steps to prevent his efforts to acquire the company and take it private.