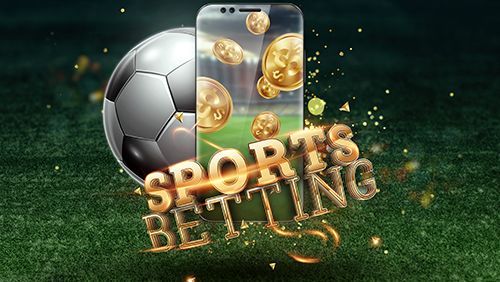 It turns out that, with the right motivation, even the most die-hard New Yorkers lose some of the stubbornness that makes them famous. Despite overwhelming evidence that a constitutional amendment isn’t needed to introduce mobile sports gambling in New York, Governor Andrew Cuomo has been adamant that he would never sign off on any bill that tried to introduce the activity without it first having been presented to voters. However, in comments made this week, there was a flicker of hope that he may be softening his stance and, perhaps, might be willing to change his tune due to mounting losses from the COVID-19 pandemic.

Cuomo appeared in a press conference on Wednesday to discuss the state of the state and its $15-billion budget deficit. He asserted that New York’s wealthiest residents can rest easy, as he’s not going to come after them to pay more taxes – yet. He put an asterisk on the statement, explaining that he expects President-elect Joe Biden to offer stimulus packages that should allow the Empire State to avoid levying new taxes. Biden will take office in January, after which Cuomo will see what happens, adding, “I think it’s smarter to do [the budget] in February when we have the federal money, so we don’t have to cut schools, hospitals, etc. We can’t lose essential workers in essential organizations, especially with what they’re doing now.”

However, stimulus package or not, New York needs funds now and Cuomo is apparently beginning to warm up to the idea of legalized mobile sportsbooks. While discussing the current financial hole New York is in and how the state can dig its way out in the short-term, he asked, to no one in particular, “How about marijuana? How about sports betting?”

There’s no doubt that legal mobile sportsbooks would give New York a windfall. They would immediately draw gamblers not willing to travel to the state’s four upstate casinos, the only locations currently allowed to offer sports gambling, or to neighboring states like New Jersey that have their own markets in place. Cuomo has previously stated that the change to voting laws approved by residents in 2013 only covered the physical casinos; however, lawyers and gambling supporters have pointed out that mobile would be legal as long as the online sportsbooks partnered with those casinos. The governor now appears to be more willing to consider that notion, even if he’s still not completely convinced of its legality.

Should New York introduce mobile sports gambling, many analysts believe the market would instantly be larger than that of New Jersey. That’s a huge prediction, given the fact that New Jersey’s November handle was $931.6 million, of which $872.1 million came from mobile wagers. If Cuomo sees the light and is willing to accept a mobile sports gambling bill, supporters like Senator Joseph Addabbo and Assemblyman J. Gary Pretlow are ready to go, with Pretlow telling Play NY last week, “It can all come together very quickly. I’m pretty sure the governor and Department of Budget already have a bill put together with what they need. Then we just have to fill in the blanks. It can happen within a week.”