David Baazov sells another $200m worth of Amaya shares 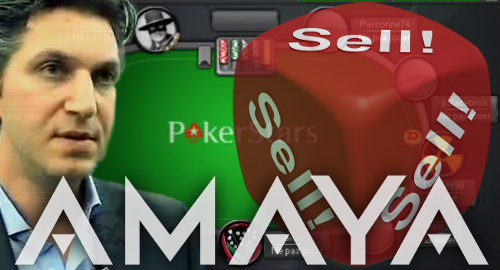 Amaya Gaming’s former CEO David Baazov has sold off another huge chunk of his holdings in the company he ran before being charged with insider trading.

On Thursday, Baazov announced that he’d disposed of 12m shares in the Toronto-listed Amaya over the past two days. Baazov sold the shares at an average price of C$22.31, bringing his aggregate payday to a whopping C$267.7m (US $200.7m).

Baazov’s payoff follows a selloff of 7m Amaya shares earlier this month, which earned the former CEO a C$133m (US $99m) payday. All told, Baazov has boosted his bank account by nearly US $300m this month, so if you see him down at your local, he’s buying.

Baazov owned around 24.6m Amaya shares at the start of the month, but now holds only around 5.6m, representing approximately 3.8% of Amaya’s issued and outstanding common shares.

As with his earlier share sale, Baazov says he intends to use the proceeds for “investment purposes.” Baazov recently revealed that he’d installed himself as chairman of Ahaka Capital, a new private investment firm. Ahaka’s first investment was in UVEye, a US firm that specializes in anti-terrorism technology.

Baazov’s initial purging of his Amaya holdings came just days after the company announced that it had amended its credit agreement with its primary lenders to fend off Baazov’s ongoing attempts to purchase Amaya and take it private. The amended deal required Amaya to immediately repay its $2.5b debt if “a certain current shareholder” made further acquisition attempts.

Baazov resigned as Amaya CEO last August, shortly after Quebec’s securities regulator filed insider trading charges related to Amaya’s 2014 purchase of the parent company of online poker giant PokerStars. Baazov was also accused of receiving illegal kickbacks from a number of other individuals to whom he allegedly gave advance notice of Amaya transactions. Baazov pled not guilty to the charges and will have his day in court in November.