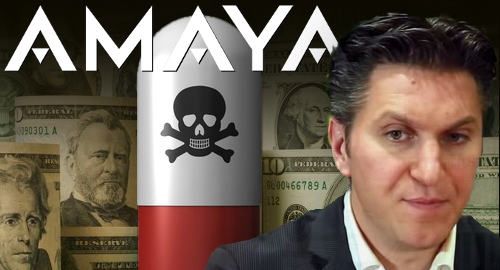 On Friday, Amaya announced that it reached a deal to reprice and retrench its US dollar and Euro-denominated first lien term loans and amended the applicable credit agreement. Amaya, the parent company of online poker giant PokerStars, said it expects the refinancing will save it around US $15.4m in annual interest expense.

Among other things, the amended credit agreement waives the company’s required 2016 and 2017 excess cash flow repayments. This will free up around $48m that Amaya plans to use to pay down its remaining deferred payments to Isai and Mark Scheinberg, from whom Amaya purchased PokerStars in June 2014.

Interestingly, Amaya revealed that the amended credit agreement also “modifies the change of control provision to remove the ability of a certain current shareholder to directly or indirectly acquire control of Amaya without triggering an event of default and potential acceleration of the repayment of the debt under the credit agreement for the first lien term loans.” Amaya said the change was made “at the request of certain lenders.”

The “certain current shareholder” is none other than former CEO Baazov (pictured), who stepped down from the company last August after being charged with multiple counts of insider trading by Quebec’s securities regulator. Baazov’s trial is scheduled to commence on November 20.

Before stepping down, Baazov, who remains Amaya’s single largest shareholder, made multiple attempts to acquire Amaya and take the company private. Baazov’s first effort, which valued Amaya at C$21 per share, was announced in February 2016.

When that bid went nowhere, Baazov upped his bid to C$24 per share last November. That bid also sputtered out after some of Baazov’s alleged financial backers denied any knowledge of Baazov’s plan.

It’s unclear which of the big-name lenders that Baazov enlisted to finance his 2014 PokerStars deal – GSO Capital Partners, Deutsche Bank, Barclays, Macquarie Capital – put the squeeze on Amaya to insert the poison pill. It’s equally unclear if Amaya was all that reticent about seizing an opportunity to put the kibosh on the Baazov distractions and focus on their core business operations. In December, activist investor Jason Ader urged Amaya to “fully move on from the undue influence” of its former CEO.