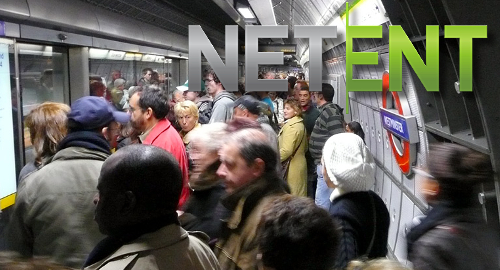 Online gambling technology provider NetEnt kicked off 2017 with a bang, setting a record for the number of new customer signings while struggling to deal with a backlog of operators waiting to launch.

NetEnt inked a record 15 new customer agreements in Q1, while launching its products with six new customers, including Codere, which marked NetEnt’s debut in Mexico’s gaming market. NetEnt currently has 39 operators in its pipeline waiting to launch, another new record, putting the company on firm footing for future growth.

NetEnt CEO Per Eriksson said the Q1 performance was all the more impressive given the comparison with a “very strong” Q1 2016. Mobile continued its strong growth in Q1, accounting for a record 47% of revenue.

Looking ahead, NetEnt plans to debut two new branded game titles – Planet of the Apes and Emojis – in the second half of 2017. The company is also developing its first virtual reality gaming product based on its successful Gonzo’s Quest title, although the most recent timeline for delivery of the new VR product was no more specific than sometime over the next 12 months.

Last October, NetEnt announced plans to expand its North American presence by applying for a license to supply gaming content to the British Columbia Lottery Corporation’s PlayNow.com site. On Thursday, Eriksson said he expects NetEnt will receive its BC license “within a few months.”

As NetEnt is a Swedish company, Eriksson saw fit to comment on the country’s recently confirmed plans to open its online gambling market to private companies. Eriksson applauded Sweden’s willingness to embrace “modern gaming legislation” and confirmed that NetEnt will apply for a Swedish B2B license when applications become available.