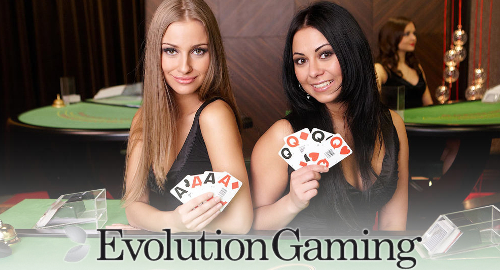 Live dealer online casino specialist Evolution Gaming says it started 2017 off at the same accelerated pace with which the company closed out 2016.

In a Q1 trading update issued on Thursday, Evolution reported revenue of €39.7m and earnings of €17m in the three months ending March 31, representing year-on-year gains of 60% and 66%, respectively, while profit rose 67% to €12.7m. Evolution says the quarter enjoyed “generally high player volumes among all types of customers, both small and large well-established operators.”

Evolution has undergone significant growth since Q1 2016, a fact underscored by its payroll rising to 3,780 employees from 2,128 a year ago. Accordingly, operating expenses shot up 56% to €25.7m, but the company’s earnings margin still improved one point to 43%.

Evolution CEO Martin Carlesund credited the continued success to the addition of several new customers in Q1, including myBet, Matchbook, White Hat Gaming and Codere, the latter deal marking the company’s entry into the Mexican market. Meanwhile, many of Evolution’s existing customers launched new environments and added additional tables, and the company’s new poker products – including Three Card Poker and Ultimate Texas Hold’em – are proving a hit with these clients’ end users.

The quarter also saw Evolution launch its new Speed Baccarat and Speed Roulette games for the patience-challenged gambler, while enhancing its mobile offering by enabling gambling in portrait view in addition to the existing landscape format. Evolution also has high hopes that its new Live Lucky Wheel game category will introduce a whole new audience to the wonders of live online casino gaming.

Since the quarter ended, Evolution announced its entry into the Canadian market via a deal with the British Columbia Lottery Corporation (BCLC). The plan is for the custom studio that Evolution is building in Vancouver – the company’s eighth – to eventually serve the gambling monopolies in other Canadian provinces, as well.

Looking ahead, Evolution says it plans to support its future expansion by building its third major studio in Europe this year, joining its existing facilities in Malta and Riga, Latvia. That said, Evolution is projecting somewhat slower growth in Q2 and Q3 given this summer’s lack of a major sporting event to draw gamblers online.