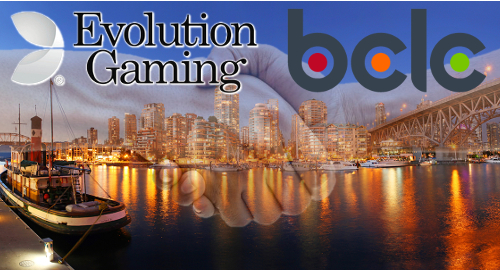 On Tuesday, Evolution announced plans to launch its eighth live casino studio and its first outside Europe. Evolution says the new 16k-square-foot Metro Vancouver facility will likely commence operations before the end of the year and will eventually create over 170 new jobs, many of which will be local hires.

The new studio is the result of a new five-year deal to provide live casino games for BCLC’s PlayNow.com. The product, the first of its kind for a Canadian provincial gambling monopoly, plans to launch with 10 live tables offering blackjack, baccarat and roulette for desktop, tablets and smartphones.

Evolution says the new studio will eventually serve the gambling monopolies in other Canadian provinces, each of which will be able to offer both shared and dedicated tables. Government-run online gambling sites are currently available in Quebec, Ontario, Manitoba and the Atlantic provinces.

Evolution CEO Martin Carlesund called the Canadian market deal “a huge breakthrough, outside of our European operations.” The deal “consolidates Evolution’s position as a global leader in the B2B Live Casino market” and highlights Evolution’s ability to “meet the most stringent requirements of regulated markets.”

BCLC VP of eGaming Monica Bohm expressed delight at bolstering its offering via the Evolution deal. PlayNow.com was the fastest growing segment in BCLC’s most recent annual report, although it has come under criticism for its reliance on a handful of gambling whales, which clashes with BCLC’s mantra that it is the only online gambling operator that can be trusted to act responsibly when it comes to protecting consumers.

Speaking of acting responsibly, BCLC was recently criticized by the Canadian Taxpayers Federation (CTF) for losing over C$208k of taxpayer money on its 2016 New Horizons in Responsible Gaming conference, aka that “big schmoozefest,” according to the CTF. BCLC launched its annual conference in 2014, resulting in a total net loss to date of over C$543k, including a reported C$140k on the 2017 event.

The 2016 shindig, which attracted only 85 paid registrants, included a C$55k food and beverage tab and C$41k to rent out the Vancouver Convention Centre, despite the availability of plenty of conference space at a number of BCLC-overseen land-based casinos. BCLC also spent C$6,500 developing a conference-specific phone app (C$76 per attendee) and spent a further C$275 handing out VISA gift cards as incentives to get attendees to download the app.

The CTF’s Jordan Bateman said that “like a gambler on a bad losing streak, BCLC just keeps blowing more and more money on this conference every year. The executives who push this thing every year should be embarrassed.”