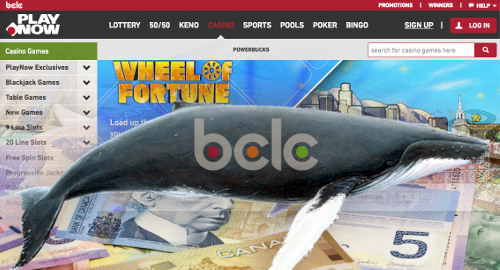 New research reveals that the British Columbia government’s online gambling site earns 46% of its online casino revenue from just 5% of its players.

This week, the British Columbia Lottery Corporation (BCLC) celebrated the signing of a licensing agreement in which casino operator MGM Resorts would integrate BCLC’s GameSense responsible gambling program at MGM venues across the United States. MGM is the first commercial gaming company in North America to deploy such a program.

But a new study by the University of British Columbia’s Centre for Gambling Research suggests BCLC needs to step up its responsible gambling practices in its own backyard, given its online gambling site PlayNow.com’s reliance on a tiny fraction of its users for nearly half its online casino revenue.

The UBC researchers studied a single month (June 2015) of activity on PlayNow, during which the site welcomed 41,041 users who made 48m bets totaling C$118m (US $90m). Only 30% of players played the site’s casino yet the vertical accounted for 96.7% of all bets, with slots accounting for nearly 80% of online casino bets.

As with the steady drumbeat of misleading statistics in the campaign against fixed-odds betting terminals in UK betting shops, it’s important to recognize that gambling spending isn’t the same thing as gambling losses and slots are required to return a specific percentage of bets to players over time.

But local media types are already slamming BCLC for preying on obvious problem gamblers for the bulk of their online revenue, while assuming that the same troubling ratios apply in BCLC’s brick-and-mortar gaming venues.

To be fair, a study of any of the major international online casino operators would likely spit out similarly disproportionate results. But part of BCLC’s rationale for maintaining its local monopoly is that it’s the only site that can be counted on to put public safety ahead of revenue generation (despite glaring evidence to the contrary).

Meanwhile, media coverage of the UBC study has spoiled what had up to now been a warm and fuzzy week for BCLC, forcing it into the awkward position of explaining why any gaming operator would want to deploy a safety net with holes big enough for whales to swim through with ease.