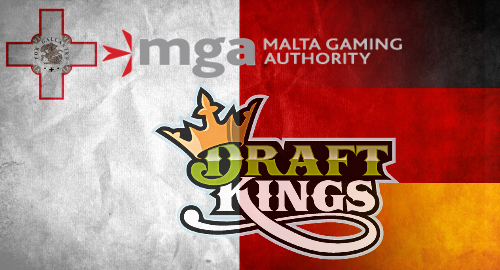 Last August, Malta exempted DFS from requiring a gambling license. On Monday, the Malta Gaming Authority (MGA) announced that its new Skill Games Regulations were now in force, and that DFS fell under its definition of “controlled skill games.”

The MGA’s new skill games approach focuses on “consumer protection, fairness of the game and the prevention of criminality.” Skill games licenses are valid for five years, with fees running at €8,500 per year. Licensees are required to pay 5% tax on gaming revenue, with total tax payable capped at €466k per year.

Almost immediately, DraftKings announced that it had received one of the MGA’s new skill games licenses, clearing the way for the company to expand into new European Union markets. DraftKings launched operations in the UK early last year after winning a gambling license from the UK Gambling Commission.

DraftKings CEO Jason Robins told a press conference that his company took notice of the MGA’s position re DFS last year and that “as we explored the idea of Malta as our base of operations, it became apparent that it is a very good fit.”

Robins said DraftKings “would like to staff up [in Malta] and grow our European operations.” While scuttlebutt had it that DraftKing’s UK operation was having difficulty catching on with customers who – unlike in the US – had easy access to actual sports betting, Robins said the UK results had been “encouraging” and he hoped future EU operations would see “similar results to what we saw in the UK.”

DraftKings chief international officer Jeffrey Haas told the Wall Street Journal that the company hoped to launch in Germany by the end of March. Haas said DraftKings was basing its international strategy on the same factors that allowed it to become successful in the US, i.e. identifying markets with “a strong culture of fantasy sports.”

Haas declined to get specific regarding DraftKings’ plans for other EU markets but told Legal Sports Report that the company hoped to “increase our addressable audience by at least 100m people” in 2017 by focusing on markets “where we can share liquidity.”