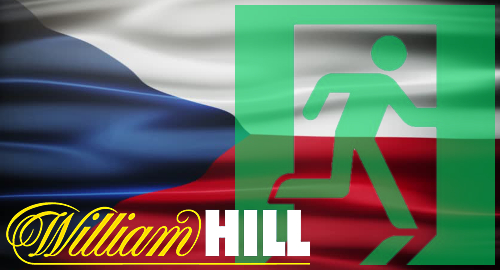 This month, William Hill customers and affiliates in the Czech Republic began receiving emails informing them that “none of William Hill’s products will be available” in the country following “recent regulatory developments.”

Those developments include the country’s new Gambling Act, which was approved this summer and officially takes effect on January 1, 2017. The new regime requires operators based in other European Union markets to obtain a new Czech online license if they wish to continue serving local punters.

Hills clearly has hopes of obtaining a local license, as its email to Czech affiliates expressed confidence that the parties would “have the opportunity to work together in the future.” In the meantime, Hills’ players have been asked to withdraw their account balances and affiliates are required to remove all marketing materials that promote Hills’ products to Czech bettors.

The new regime’s stiff tax structure has so far kept interest in Czech online licenses to a minimum. According to the official Ministry of Finance registry, as of December 6, there were less than a dozen online sports betting and ‘card game’ licensees, mostly familiar local names such as Fortuna Entertainment, Synot Tip and Sazka.

The Czech government plans to enforce its new gambling regime by requiring internet service providers to block the domains of any gambling site not holding a local license. This stance has been slammed by shadowy online groups such as Anonymous, who have hacked the websites of various government departments and elected officials to protest what they see as online censorship.

The Czech government has also been keeping a tight lid on its approved online product list. In September, the Ministry of Finance decided against allowing online licensees to offer live dealer casino games due to its requirement for online casino games to be governed by software rather than human croupiers.