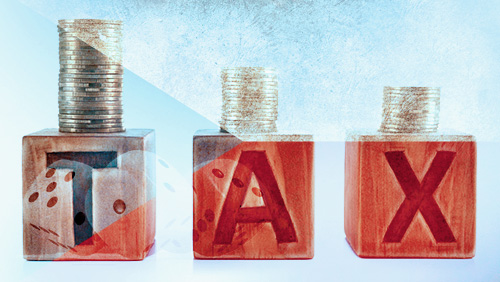 Czech Republic is moving closer towards raising thetax on gambling in the country.

On Wednesday, the lower house gave its final endorsement to the bill that will increase the taxes on gambling companies starting next year, Reuters reported.

Under the bill, tax on slot machines will increase from 28 percent to 35 percent, while all sports betting or lotteries will be taxed at 23 percent. This tax is separate from the regular corporate tax rate of 19 percent that gambling operators in the country are required to pay, according to the report.

The tax bill will now go through the upper chamber of the Parliament before landing on the president’s lap for signing.

The bill, which was introduced last year, was originally meant to take effect back in January, but it was push backed due to delays. The measure is expected to contribute an estimated 2 billion crowns to the country’s coffers.

Czechs reportedly spent 138 billion crowns ($5.63 billion) in 2014 on gambling—more than half of it on mechanical and video slot machines—which accounted for roughly 2.5 percent of the country’s GDP.

The Czech market is also expected to open its doors to foreign online betting companies soon, according to the report. Lawmakers has given the Finance Ministry the authority to hunt and shut down any betting website that are deemed illegal.

Currently, only a handful of domestic firms, including Fortuna Entertainment Group, populate the Czech gambling market. But the country is already in the process of overhauling the gambling sector. As part of the overhaul, the government wants a new gambling regime—one that will cover online gambling, slot machines and lotteries—by early 2016.