An eye for an eye and a tooth for a tooth. 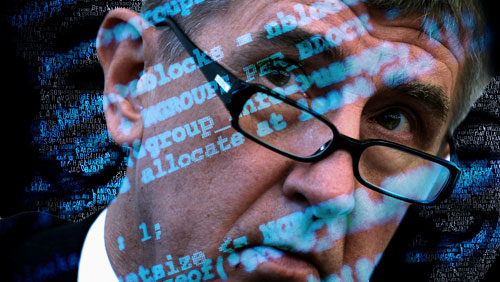 A group of hackers has targeted the company websites of billionaire Czech Finance Minister Andrej Babis to denounce a law giving the state the power to close illegal gambling sites, according to Reuters.

Since Czech Republic’s second-richest man is targeting gambling websites for his alleged vested interest, online hacktivist Anonymous took it to themselves to shut down the website of Babis holding company Agrofert and bakery group Penam for a short period on Monday evening.

The websites were down for around five minutes, according to an Agrofert spokesman who spoke to the news agency on Tuesday.

For Anonymous, the attack on the two company websites of Babis is only the beginning.

They warned the Czech Finance Minister that more attacks will be made not only in Agrofert’s website but also in the websites of lawmakers should they ignore their call for the cancellation of the controversial law.

“The Finance Ministry led by Andrej Babis gets almost limitless power to censor the internet. It is time to move against it,” Anonymous said in a video posted on Youtube on July 18 describing what it called Operation Blockade.

The hackers also urged the government to cease the planned online system for monitoring retail sales that the finance ministry is launching at the end of the year.

“We only want to apply rules used by 18 (European Union) countries already, nobody wants to censor the internet. It is aimed against gambling companies that do not pay taxes,” Babis told the wire news agency on Tuesday.