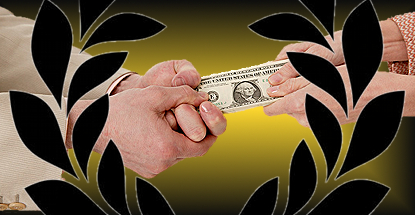 Casino operator Caesars Entertainment Corp (CEC) had a mixed day in court on Thursday, as a federal judge told the company to prepare to defend its attempted screwing of junior creditors.

On Thursday, New York US District Judge Shira Scheindlin rejected a request by bondholders for an immediate ruling on whether CEC’s refusal to honor $7b in debts owed by its bankrupt main unit, Caesars Entertainment Operating Co (CEOC) was a violation of federal law.

However, Scheindlin told both parties to prepare full arguments on whether CEC’s decision to remove loan guarantees on the debts owed by CEOC to its junior creditors violated the federal Trust Indenture Act of 1939. Upon receipt of these arguments, Scheindlin will decide whether to issue an immediate ruling or proceed to a full trial. Scheindlin has set an Oct. 7 hearing on the matter.

The suit was filed last year after CEC sold 5% of CEOC to undisclosed institutional investors. CEC subsequently claimed that a clause in the loan agreements stipulated that CEC was no longer liable for CEOC’s debts if CEOC wasn’t 100% owned by CEC. Also in dispute are CEC’s transfers of profitable assets out of CEOC into other CEC units prior to CEOC filing for Chapter 11 bankruptcy protection in January. (Now, just for fun, try saying ‘CEC-CEOC’ three times quickly.)

CEC has warned that the parent company will be dragged into the bankruptcy process if the creditors’ challenge is successful. That would undo the restructuring plan CEC has proposed for CEOC, which recently gained the support of CEOC’s largest bank lenders as well as its senior bondholders.

In January, Scheindlin denied CEC’s request to dismiss the creditors’ lawsuit, saying that CEC’s pre-bankruptcy dealings were “exactly” the kind of shenanigans the Trust Indenture Act was intended to prevent. Scheindlin went on to characterize CEC’s behavior as “an impermissible out-of-court restructuring.”

Scheindlin repeated this opinion in her Thursday decision but said the creditors’ request for an immediate ruling on the 5% sale of CEOC “sweeps too broadly” and they must offer evidence demonstrating that CEC’s actions were sufficient to violate the 1939 law.

Scheindlin acknowledged that an immediate ruling in the creditors’ favor would likely push CEC into bankruptcy. She also noted that the $7b sought by creditors was “far in excess of CEC’s market capitalization,” making this perhaps the first case in which a company was deemed too small to fail.