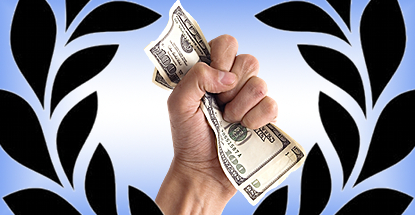 Casino operator Caesars Entertainment Corp (CEC) reported its “best quarterly earnings margins since 2007” in Q1, which may well be true, provided you have a Turing-level capacity to decode seemingly random strings of numbers.

CEC’s earnings reports have been comparing apples to oranges ever since January’s Chapter 11 bankruptcy filing by its main unit, Caesars Entertainment Operating Co (CEOC), into which CEC had bundled most of its industry-high $23b debt. Nowadays, CEC takes a Sgt. Schultz know-nothing approach to what goes on behind CEOC’s doors, choosing to focus on ‘continuing’ operations at its (for the moment) non-bankrupt units.

Freed from worrying about those pesky half-billion quarterly interest payments, CEC reported a $15m profit in the three months ending June 30. Revenue was up 17.4% to $1.14b thanks to contributions from the new Horseshoe Baltimore and The Cromwell in Las Vegas, plus “exceptional” growth at its burgeoning digital operations.

Newly installed CEO Mark Frissora said the company had delivered a “strong” performance on a “system-wide” basis. However, that system doesn’t include CEOC, where revenue fell 2% during the quarter, underscoring the extent to which CEC loaded all its profitable properties into lifeboats before abandoning the leaky CEOC to its fate.

BANKRUPTCY BREATHING ROOM?
CEC did catch something of a break on Tuesday as a judge in Illinois agreed to consider CEOC’s request to suspend creditor lawsuits filed in other states while CEOC’s bankruptcy is ongoing. Judge Robert Gettleman of the US District Court in Chicago gave CEOC until Friday to submit its arguments to the court, while promising to render his decision by the end of September.

CEC shares lost more than 60% of their value on July 22 after US Bankruptcy Judge Benjamin Goldgar rejected CEOC’s request to freeze the New York and Delaware lawsuits. The creditors behind these suits believe CEC broke the rules by stripping CEOC of its profitable properties pre-bankruptcy, and thus the creditors want CEC included in the bankruptcy process, putting those properties back into the mix of any proposed restructuring.

CEOC’s attorneys have argued that if CEC is dragged into the proceedings, the parent company could face “substantial risk of itself filing for bankruptcy.” CEOC initially attempted to bypass Gettleman’s court by requesting an appeal of Goldgar’s decision to circuit court, but Goldgar rejected this attempt last week.

The creditors behind the New York lawsuit have asked their judge to render a decision on part of their claim without going to trial, and that decision could be issued before August is through, hence CEOC’s urgency in bending Gettleman’s ear.

According to the Wall Street Journal, Gettleman initially appeared unconvinced, telling CEOC’s attorneys that he failed to see “what the emergency is here.” While the judge handling the New York lawsuit has strongly hinted that she’s leaning towards granting the creditors’ request to include CEC in the bankruptcy proceeding, that’s no guarantee that CEC would be immediately required to hand over the keys to the farm.

The creditors could conceivably use the ruling to pressure CEC into making a more reasonable offer than the insulting pennies on the dollar proposal CEC originally floated for its junior creditors after reneging on its debt obligations.