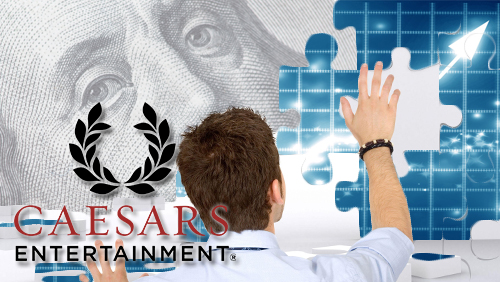 Caesars is being cornered and the routes of escape are quickly being cut off on all sides. When a judge ruled in late July that the formation of Caesars Growth Partners (CGP) as a shield to protect assets from bondholders, was illegal, shares of CZR dropped by as much as 60%. Shares went all the way down to $3.30 from a high of $8.31 a day before the ruling, and have now moseyed back up to around $5.25. A recent attempt to file a quick appeal was rejected. The question is, why are shares still worth anything?

There are two reasons why they are still worth anything. One is the possibility of a last minute save by Caesars’ legal staff that will enable the company to keep most of its non-toxic assets in Caesars Growth Partners and out of the hands of bondholders. I theorized in late April that its new accounting procedures called Hypothetical Liquidation at Book Value, or HLBV, may technically protect some assets from bondholders by changing the definition of assets and transforming them into “long term investments” on its balance sheet. I doubt this will work, and it is unclear if it is even Caesars intention to try this particular strategy, but they will certainly try something. One part of the value left in Caesars equity is the possibility that something, anything, will work, if only partially.

The second reason is its July 31st agreement signed with first lien bondholders towards a restructuring. What exactly the agreement entails I do not know, not because the agreement is not publicly available, but because it is 312 pages long and I can’t find a summary. A successful voluntary restructuring will keep shares from going to zero, but it will not generate any sustained rally. Two things about this 312-page agreement lead me to suspect it is nothing materially new, absent of reading the whole thing, which I have no intention of doing. First, it is merely an amendment of an agreement signed in January between bondholders and Caesars Entertainment Operating Company (CEOC), when clearly not enough was agreed on to stop a bankruptcy. This leads me to suspect that the agreement was only changed slightly and timed for release after the recent ruling that shot the company down in order to give shareholders some hope that something could be salvaged.

Second, there is almost no mention of Caesars Growth Partners, where all the valuable assets bondholders want are stashed. Search through the document and you’ll only find their name mentioned once for technical reasons, but nothing about assets it holds. Its press release on the matter, which sounds a bit too uppity, belies the fact that everyone surrounding these developments is angry. There is no way that everyone is now happily in agreement after a judge just shot down management’s whole plan to hide the goodies.

The other reason that Caesars is not likely to recuperate in the short term is that the entire market is in an extremely precarious situation. Money supply growth is so low right now that the last time we had comparable rates in M2 growth was September 2008. Meaning, if stocks are ever going to crash, it will be anytime between now and the next two months, since that is generally how long it takes for money growth to recover. Even if indexes do hold, more or less, there won’t be any trend higher until at least late October, and that is only if M2 growth recovers strongly.

And how are the Caesars shorts doing? In September of last year, Caesars had publicly stated that any proceeds from any lawsuits won against it would go to first tier creditors, no matter who filed the lawsuit. On the back of that strange statement, I had concluded that Caesars had already lost and advised going short with a mix of near-the-money and very out-of-the-money 2016 puts. Back then, shares were trading at $12.60. Near the money 2016 puts would have been selling for, conservatively, $2.00 or so a contract based on time value. $12.50 2016 puts are now worth $7.90 a contract for a gain of 300%. As for very far OTM puts, the $2.50 strike was worth $0.36 on September 30. Now it is worth $0.75, for about a 100% gain.

My advice would be to sell any OTM put options and keep the others, since we don’t know at this point if the Caesars restructuring, supposedly amended and agreed upon by first lien creditors, will work. If it does, shares may stop declining before they hit the $2.50 mark making the contracts worthless, so may as well take profits now. The others will retain their value no matter what happens, because there is no way shares are going back up to $12.50, and could easily go lower by January.

Earnings for the casino will be posted tomorrow, August 4th. They are likely to miss and send shares back down to the upper $4 range. Even if they surprise to the upside, there is nobody who is not aware of what is going on in the courts and what really matters, and the quarter’s earnings are insignificant in the scheme of things.