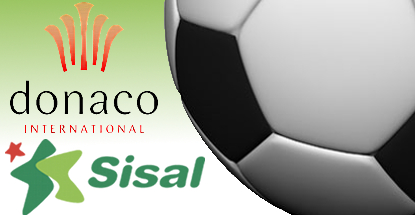 On Wednesday, Man U announced it had named Donaco its Official Casino Resort Partner in Thailand, Cambodia, Vietnam, Laos, Myanmar and South Korea. Donaco operates the Star Vegas casino in Cambodia and the Aristo International Hotel and casino in Vietnam.

The parties say they will work together to boost both brands’ profiles through the use of exclusive club content. Man U managing director Richard Arnold called the deal “a significant partnership” while Donaco CEO Joey Lim said the pact would allow his firm to “better engage with our customers and fans and help expedite our growth and footprint across the region.”

SISAL MATCHPOINT INK AS ROMA
Meanwhile, Italian online sports betting operator Sisal Matchpoint has inked a more traditional football sponsorship with AS Roma. Sisal will serve as the Serie A club’s top sponsor for the 2015-16 season, which kicks off on Aug. 22 with Roma battling Verona.

Terms of the deal weren’t disclosed but Sisal will enjoy plenty of branding opportunities in the club’s Stadio Olimpico as well as across Roma’s digital and social media channels. Sisal Entertainment CEO Francesco Durante said his firm had been looking to link its brand with “a big club and the choice fell immediately on AS Roma,” which has played its preseason games without a major sponsor on its jerseys.

DAFABET SHOWS SUNDERLAND NO LOVE
Finally, a reminder that sponsorship is no guarantee of solidarity. Asian-facing online gambling operator Dafabet signed on as Sunderland AFC’s shirt sponsor in June, but the club’s miserable start to the EPL season has prompted Dafabet to tip Sunderland as a top candidate for relegation at the close of the campaign, ahead of Watford and Bournemouth. Remember, kids… it ain’t show friends, it’s show business.