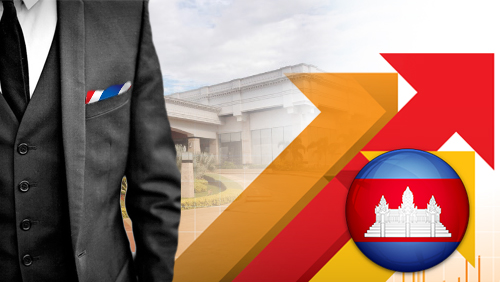 VIPs from Thailand, who aren’t allowed to gamble in their country, continue to drive Cambodia’s gambling industry. The Star Vegas Resort and Club recently posted a 17 percent increase in net revenue from over $65.7 million in FY 2014 to nearly $76.8 million this year.

Cambodia’s gambling industry is on fire, thanks to VIPs from Thailand. The Star Vegas Resort and Club in Poipet recently posted a 17 percent increase in net revenue for fiscal year 2015.

Donaco International, which now owns Star Vegas, reported through its website that the total net revenue for the casino rose to nearly $76.8 million from just over $65.7 million from FY 2014. The casino’s VIP table rolling chip turnover also reached $3.87 billion this year, a 69 percent from last year’s $2.29 billion.

The VIP table game gross revenue is also up by 54 percent, from last year’s $67.6 million to $103.7 million this year. In comparison, revenues from the casino’s main hall tables only increased by 18 percent, to $19.2 million from last year’s $16.3 million.

Donaco said the growth was driven by several factors, including Star Vegas’s marketing initiatives to attract VIP players, improvements in infrastructure that connects Poipet to Thailand, and the Thai government’s crackdown on gambling in Bangkok.

“The July 1st completion of the Star Vegas acquisition is positive, in our view, as the transformational transaction delivers scale and diversification benefits as well as a quality asset with multiple growth options,” Muller said in his report.

Star Vegas is one of the 10 casinos dotting Poipet, which is located on Cambodia’s border with Thailand. These casinos mainly serve Thai patrons, who aren’t allowed to gamble in their country.

Thailand, however, is now mulling legalizing casinos within its borders. Members of the National Reform Council (NRC) want to authorize casinos in tourist areas, such as Pattaya and Phuket, so Thai gamblers won’t have to cross the borders to Cambodia.

Donaco executive director Ben Reichel isn’t betting on it, saying legalization in Thailand isn’t likely “in the short term or even medium term.”