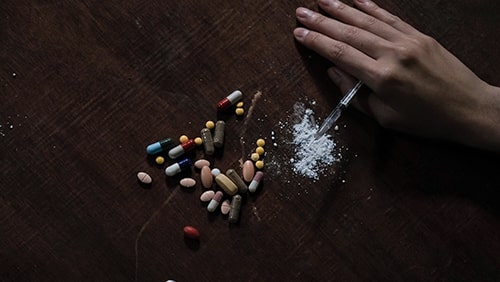 Not all gamblers like to use drugs, and not all gamblers visit Thailand. But for the slice who like to do both those thinks, don’t do them both at the same time, at least not yet.

Most drugs are still very illegal in Thailand

That does not mean you can suddenly buy a dime of coke in Bangkok or Phuket and have a great time. Thai Justice Minister Somsak Thepsuthin had to clarify that use of cocaine, cannabis, opium and morphine are still illegal. Kratom leaf, which can be chewed or taken in other ways and has effects similar to cocaine, is in the process of being legalized and regulated, and can already be used in 135 villages by adults.

But if you want a joint or a line of something, you could potentially face serious jail time. As Tripsavvy notes, those caught with illegal drugs face heavy fines and long prison sentences made longer by lengthy waits for court dates. In fact, prisons are open for foreign visitors, incase you want to visit any buddies who got caught. Thanks for the travel idea, Tripsavvy!

Thailand is failing in its drug war

Much like other Asian countries, Thailand is trying to crack down on illicit drug trade all the time. In fact, the country recently celebrated the largest drug bust in its history, confiscating 11.5 tonnes of drugs thanks to a tip from Taiwanese officials.

But there was a problem. After further investigation, the drugs weren’t drugs. Initial tests which suggested it might have been a shipment of Ketamine were positive, but after looking harder at what they had, authorities discovered they had trisodium phosphate, a chemical used as a food additive and cleaning agent.

When everyone still thought that the drugs were Ketamine, Asia Times published a thorough breakdown of just how badly Thailand and neighboring countries are doing in their respective drug wars. Myanmar’s Shan state is largely controlled by drug cartels, they note, and supplies all manner of illegal drugs to neighboring countries like China and Thailand. Shan is blamed for a large portion of the crystal meth and heroin that moves through the region.

Local authorities have little hope of getting it under control any time soon, as the cartels run the area and are heavily armed. While other countries are seeing their local drug cartels decline in size, the Shan state cartels have an army number 27,000 men.

Some drugs are increasingly gaining acceptance

All of this, combined with Thailand’s decision to loosen some regulations, suggests there could be a future where less harmful narcotics like cannabis are allowed for limited recreational use. It would remove one of the money-making options of the cartels and give the people something else to enjoy.

But if you can’t wait for that, there’s always Kratom leaf. The drug, which can be chewed or taken in other ways and has effects similar to cocaine, is in the process of being legalized and regulated notes Justice Minister Somsak, and can already be used in 135 villages by adults.