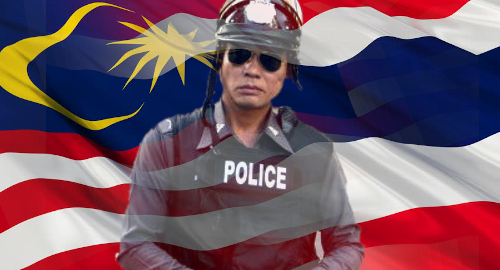 Earlier this month, Thai police staged raids in multiple cities that led to the arrest of 25 suspects accused of running six unauthorized online gambling sites based around a ‘UFA’ brand. Police seized the usual crop of computers, phones and cash, then transferred the suspects to Bangkok for interrogation.

Leads generated from those interrogations led to this week’s arrests of four more suspects in Bangkok, including the alleged ringleader, a 24-year-old named Tantai Narongkul, who reportedly admitted to operating nine illegal sites branded with variations on UFA, Sexygame and SSgame.

This week’s arrests were accompanied by a much larger haul of material goods, including 11 luxury cars worth a combined THB75m (US$2.4m) and THB1m in cash. Tantai’s ring reportedly enjoyed turnover of THB15b ($480m) in the past six months from the gambling ring, which based its servers outside the country.

In case you were wondering, Thailand’s limited legal gambling market has no online options, just a modest state-run lottery. Until recently, casino gamblers who lived along the border with Cambodia had the option of crossing over to gamble in Poipet’s many small casinos, but that avenue of pleasure was closed off this spring when Thailand sealed its borders due to COVID-19.

The fun started earlier this month when police in Kuala Lumpur arrested 37 individuals suspected of acting as a technical support hub for hundreds of online gambling applications. The hub, which was posing as a software development firm, reportedly helped steer gambling cash through seven different banks in neighboring countries.

A week later, the Malaysian Anti-Corruption Commission (MACC) announced that it had arrested “at least seven senior officers” of the Kuala Lumpur police that were suspected of protecting illegal online gambling and money laundering activities connected to a local cartel. However, later reports suggested the officers were only summoned for questioning and weren’t officially arrested.

On Sunday, MACC decided to release nine of the arrested individuals on bail, a move that was opposed by the Kuala Lumpur Criminal Investigation Department (CID). The CID promptly rearrested three of the nine, detaining them under the Prevention of Crime Act. A CID director said the trio was detained “to assist with police investigations into an illegal online gambling operation,” but we suspect this isn’t the end to this story.