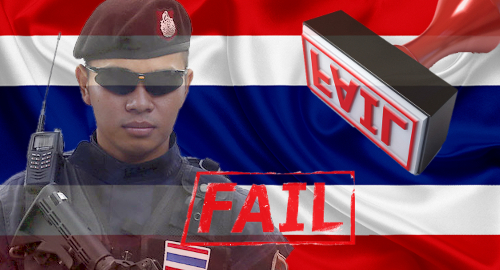 Thailand’s gambling prohibition is an abject failure, according to a new survey showing gambling participation on the rise.

On Monday, Thai media reported on the results of a new gambling participation survey by the Research Centre for Social and Business Development. The survey, which queried 44,050 residents across 77 provinces aged 15+, showed that 30.4m Thais (57% of the population) engaged in some form of gambling this year, around 1.5m higher than the last such survey in 2017.

Betting on football was the most popular gambling option, with annual turnover estimated at around THB160.5b (US$5.3b), with so-called ‘underground lotteries’ not far behind at THB153.1b. By comparison, the state-run lottery’s sales were ranked no higher than third at THB150.4b. Card games were also found to be popular with local gamblers.

Thailand’s gamblers have long complained about the unappealing government-approved lottery options, both in terms of prizes awarded and variety of games. The government has occasionally responded by vowing to boost the state-run lottery’s appeal through new products, including possibly offering online sales.

In June, the Government Lottery Office (GLO) announced the formation of a team tasked with considering a variety of lottery-related proposals, including whether to allow online lottery sales. The GLO has a mobile app but its functions are currently limited to checking winning numbers and reporting lottery vendors who are charging more than the face value of tickets that feature customer-preferred number sequences.

The GLO was supposed to receive this team’s recommendations in July and then hold a public hearing on whether to proceed with various initiatives. But the GLO has been mum regarding the recommendations it received and how it plans to proceed based on that information.

Monday’s gambling participation report doesn’t bode well for any expansion of gambling options, as the researchers criticized the GLO’s recent decision to boost the number of available lottery tickets by 10m to 100m for each draw.

The GLO said the increase was intended to prevent vendors from overcharging players, but the researchers maintained that the increase “promoted a gambling habit and incentivizes people to buy more tickets.” The researchers warned that “access to gambling must be tightened” and claimed that the government would be better off offering “services to wean addicts off their gambling habit.”

Thai authorities continue to crack down on operators serving local punters without local permission. In August, Thai authorities warned 3.3m citizens – around 4.6% of the population – that the safety of their personal data had likely been compromised as a result of them gambling with internationally licensed online operators.