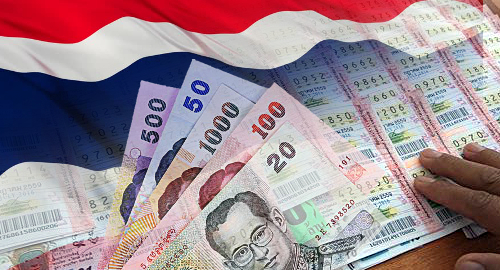 Thailand‘s lottery officials are investigating ticket agent practices that enabled a man to win the country’s largest ever jackpot.

A 75-year-old man recently won 180m baht (US $5.35m) after presenting 30 pairs of pre-printed tickets with the same winning numbers to the Government Lottery Office (GLO). The payout is triple the amount of the previous largest lottery payday.

GLO agents aren’t permitted to offer more than one pair of tickets with the same number, but this case apparently involved a bunch of agents who traded tickets among themselves until one agent was able to offer a 30-ticket bundle with the same numbers to the 75-year-old winner.

The GLO doesn’t intend to punish the lucky senior citizen but the Bangkok Post quoted GLO Director Maj Gen Chalongrat Nakartit saying the agents who traded the tickets that created the bundle could have their contracts revoked.

Thai lottery tickets are sold for 80 baht and the GLO prohibits its licensed agents from selling tickets with desirable ‘lucky’ numbers at inflated prices. But agents say players have no interest in tickets with ‘unlucky’ numbers, forcing agents to offer these tickets at a price below 80 baht, so everything works out in the end.

ROLLOVER JACKPOTS COULD BE GAME-CHANGER
Thailand’s latest record lottery jackpot might not stand for long if a new GLO scheme goes forward. The scheme, details of which were released to the media last week, could involve the country’s first lottery in which unclaimed jackpots roll over to the next drawing.

If the jackpot goes unclaimed for two straight draws, the potential payout of the following draw could swell to 600m baht ($17.8m). The proposal would also apparently resemble a western-style lottery in which players could pick their own combination of numbers, thereby eliminating the need for players to pay a premium for the lucky digits if and when they can find the tickets. (A similar western-style lottery launched in Vietnam last year to great success.)

The proposal will be put to the GLO board for consideration this September. Introducing a new lottery would require the government to amend the 1974 Lottery Act, which doesn’t permit rollovers, but the necessary amendments have already received preliminary cabinet approval.

The GLO is currently soliciting public feedback on the proposal, and anti-gambling activists are already predicting the death of society from so-called ‘hard’ gambling. But the GLO believes the new lottery will put a crimp in so-called underground lotteries, which have proven far more popular than the GLO’s offering, and the government aims to reclaim that lost revenue.