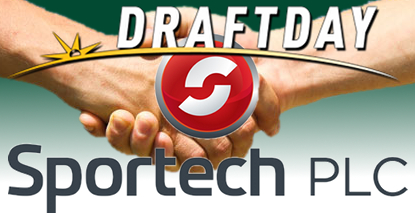 On Friday, MGT announced that it has entered into an agreement to sell DraftDay and the MGT Sports B2B network to a new entity called Random Outcome USA Inc. for a total consideration of $7m. MGT will get $4m cash upfront and will retain a $3m equity stake in DraftDay. MGT believes the transaction will close by the end of the current quarter.

Random Outcome CEO Curtis Wm. Krawetz said the fusion of DraftDay and Sportech “creates the dominant B2B player in the DFS space.” MGT CEO Robert Ladd said DraftDay “could not be going into better hands, and we firmly believe our residual interest will undergo enormous appreciation under Sportech’s leadership, relationships and access to capital.”

MGT acquired DraftDay — which some consider the number-three DFS operator behind FanDuel and DraftKings – in April 2014 for $600k plus stock options. This April, Canada’s Amaya Gaming was rumored to be considering acquiring DraftDay. At the time, MGT was said to be seeking up to $10m for DraftDay while retaining a 20% stake in the DFS operator.

Last month saw Sportech sell its 50% stake in the US-facing SNG Interactive online gambling business to joint venture partner NYX Gaming Group. At the time, Sportech CEO Ian Penrose said the £12m sale price would allow his firm to “reinvest in our US growth activities in the sports gaming market.”