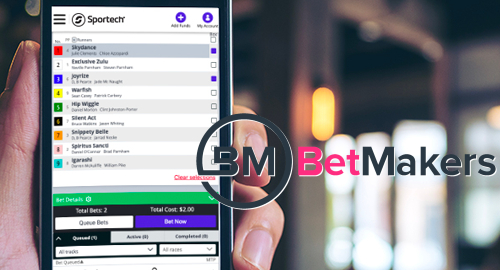 On Tuesday, the Bristol-based Sportech announced that it had reached a £30.9m deal to sell its Global Tote pari-mutuel technology division to Betmakers Technology Group. The announcement came just days after media reports speculated that the financially struggling Sportech was flogging its Tote operations.

The deal will see BetMakers pay 20% of the deal price as a non-refundable initial payment once BetMakers shareholders voice their approval. The balance is due when regulatory approvals are secured, which the parties expect will occur in H1 2021.

BetMakers, which planted its US flag in New Jersey’s racing market earlier this year, said the deal would assist its global expansion aims, including Global Tote’s operations in 36 US states. The assets being acquired include the Americas Tote Business, the white-label betting solution Americas Digital Business and the Quantum Tote Technology betting engine.

BetMakers managing director Todd Buckingham said the deal would “supercharge our entry into the US” and left his company “well placed” to capitalize on the growth of US fixed-odds race betting. BetMakers will fund the acquisition through an equity raising involving 83.3m new shares, equal to about 13.9% of the company’s currently issued shares.

This is the second major divestment Sportech has made in as many weeks, following the $6.75m sale of its Sports Haven property in New Haven, Connecticut to Criterion Group LLC. Sportech agreed to a six-month lease at a cost of $300k to continue using the property.

Sportech reported revenue of £20.2m in the first half of 2020, a 38% decline from the same period last year, while its pre-tax losses more than quadrupled to £10.7m. Sportech CEO Richard McGuire noted the impact that COVID-19 had on sports betting revenue but claimed that new and extended client agreements provided “a realistic prospect for incremental growth in 2021.”

Sportech’s financial struggles led to a takeover bid by the Standard General private equity group last month, which Sportech rejected based on its belief that the £53.8m bid “fundamentally” undervalued the company.

Assuming the Global Tote sale proceeds as planned, Sportech’s operations will be reduced to its Venues business in Connecticut, its Lottery unit and the Bump 50:50 in-stadia charitable raffle division.

Sportech said its “current intention” was to return “the majority” of the proceeds from the Global Tote sale to shareholders “when the board considers it opportune to do so.” The company wants to reserve the right to capitalize on any investment opportunities that might arise before making it rain for shareholders.