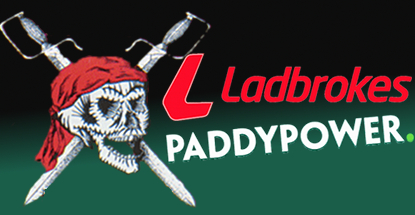 On Wednesday, the Daily Mail’s This Is Money offshoot reported that 25.5m Ladbrokes shares had changed hands, which the paper claimed was Paddy preparing the ground for a £1.6b bid for Ladbrokes. Neither company has yet seen fit to comment on the rumors.

The UK market has witnessed a flurry of merger and acquisition activity, including multiple offers for struggling online operator Bwin.party digital entertainment. The UK gov’t hasn’t made life easy for its betting industry with the new 15% online point-of-consumption tax, an increase in the Machine Games Duty and promises of a new Horserace Betting Right to replace the old Levy system.

The Irish Times reported that Boylesports has complained that Lads have failed to provide access to information Boylesports requires in order to finalize its takeover bid, including turnover figures for individual betting shops. Boylesports has also accused Lads of rigging the examinership so that there’s no chance the business transfers ownership.