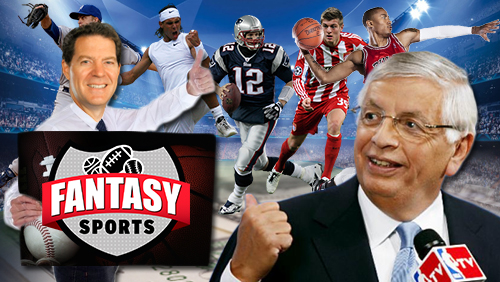 The former NBA commissioner David Stern joined in a $5 million financing round for a fantasy eSports startup AlphaDraft, which runs daily and weekly contests for cash and prizes.

The Los Angeles-based Alpha-Draft is similar to other fantasy sports websites such as DraftKings and FanDuel, but focuses more on the eSports gaming world versus real-life competition, allowing users to compile a team of the top individual gamers and win prizes based on who put together the best lineup.

AlphaDraft is expected to pay out at least $5m in cash prizes and gain 1m users by the end of this year.

Another two startups—Vulcun and Unikrn—have staked a claim on eSports fans wanting to further immerse themselves in the action.

Vulcun has raised over $13.4 million, which has helped the company pay out over $1.1 million in prizes to over 117,000 fans in its first three months. Vulcun founder Ali Moiz believes that fantasy eSports could become a $250 million a year industry by 2020.

Taking a different approach to eSports gambling is Unikrn, offering traditional “safe and legal wagering.” Built on an online community of nearly 10 million gamers in over 100 countries, Unikrn has raised over $3 million, with over $5 million committed. The company has signed an exclusive deal with Australian betting operator Tabcorp, which is also an investor in Unikrn.

Fantasy Sports, touted as a game of skill, has exploded in popularity over the past couple of years due to a lack of regulation, which is why politicians and anti-gambling groups are calling for a ban.

However, Kansas Gov. Sam Brownback has signed a bill clarifying the legality of fantasy leagues for Kansans wanting to play DFS.

HB 2155 is a wide-ranging piece of legislation that also deals with charitable gaming, bingo, raffles and the lottery, in addition to authorizing real-money fantasy sports.

Brownback’s office announced he signed the bill into law on Tuesday, along with seven other measures.