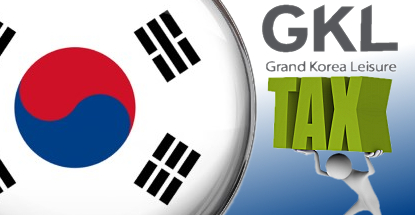 In the three months ending March 31, GKL says revenue rose 6.9% to KRW 149b (US $137m) but profit slipped to KRW 32.2b due to increased non-operating costs. GKL operates three foreigners-only casinos; two in Seoul and one in Busan. The Korean Casino Association says GKL’s share of the country’s casino market was 41.4% in Q1.

GKL’s cost of recruiting and retaining gamblers rose 22% but Daiwa Securities analysts say GKL’s ranks of VIP gamblers rose 34.1% in Q1. Mass market gambling visitors from China were up 45% year-on-year while Japanese mass market numbers were up 11%. Chinese gamblers accounted for 41% of total visits and 57% of table game turnover.

Only one (Kangwon Land) of South Korea’s 17 casinos allows local residents to gamble but that could change if the mayor of Busan has his way. Casino operator Las Vegas Sands has pledged to build a $4.5b resort casino in Busan but only if locals are allowed inside. Mayor Suh Byung Soo told the Straits Times he was trying to build support for the project and planned to submit a proposal to amend the law in June.

Meanwhile, the eight foreigners-only casinos on the self-governing island province of Jeju may be looking at an increased tax bill. On Monday, Korea Bizwire reported that the Jeju government had announced its intention to study its casino industry’s revenue. Jeju is one of the country’s most popular destinations for Chinese tourists, leading to a pointed criticism from Beijing late last year for becoming the “new haven” for Chinese gamblers.

The Jeju government’s study will compare its casino taxation rates with those of other casino jurisdictions both at home and abroad, with a clear intention of prying more money out of casino operators’ wallets. South Korean casinos are currently taxed at an effective rate of 20% of gross gaming revenue. The study’s results will be released in July.