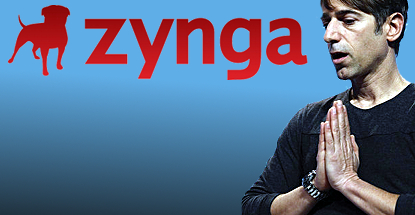 Don Mattrick is stepping down as CEO of social gamers Zynga, with founder Mark Pincus (pictured) set to resume his former role as CEO.

Mattrick, who replaced Pincus as CEO nearly two years ago, announced on Wednesday that he was leaving. Mattrick told GamaSutra that he believed “the timing is now right for me to leave” and for Pincus to provide his “passion for the founding vision and his ability to couple our mobile progress with Zynga’s unique strengths.”

Pincus issued his own statement thanking Mattrick for “his leadership in better serving our players in a mobile-first world and for delivering world class quality and value to our consumers.” Pincus said he plans to “accelerate innovation in the most popular categories like Action Strategy and strengthen our focus on our core areas like Invest and Express.”

Mattrick joined Zynga at a time when the company’s stock was in freefall and players were ditching Zynga’s franchise Facebook games for mobile-focused products. Mattrick embarked on an aggressive cost-cutting program and boosted mobile bookings from 27% of total revenue to 60% but ultimately failed to reverse the company’s diminishing stature in the social gaming universe.

Mattrick’s most noticeable failure may have been the revamp of the company’s flagship Poker product. Customers hated the new version, forcing Zynga to reboot the original game as Zynga Poker Classic just one month later. The Poker app continues to struggle to regain its former dominant position on the top-grossing app charts.

While Zynga has made decent inroads into the social casino sphere via its Hit It Rich! and Wizard of Oz slots titles, Mattrick pushed Zynga away from its real-money online gambling ambitions. The company withdrew its application to play in Nevada’s regulated online poker market and recently scrapped its money-losing real-money online operations in the UK (a partnership with Bwin.party digital entertainment). Pincus has offered no indication that he intends to revive these real-money gambling efforts.

Zynga shares closed out Wednesday’s trading up 3.5% to $2.90, although the stock is currently down over 10% in after-hours trading. Zynga is set to release its Q1 earnings report on May 7.