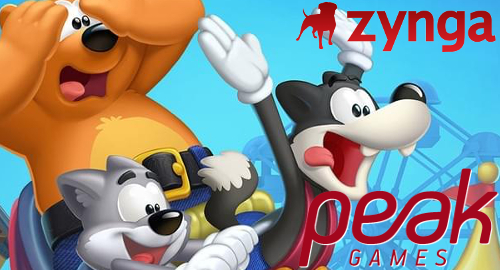 Social gamers Zynga have dug deep into investors’ pockets to add yet another rival developer’s hit titles to its own ‘forever franchises.’

On Monday, Zynga announced that it had paid the staggering sum of $1.8b for Istanbul-based gaming developers Peak, makers of hit match-3 puzzle games Toon Blast and Toy Blast. The deal calls for half that sum to be paid in cash, the rest in Zynga common stock, with the deal expected to close in the third quarter of 2020.

Zynga and Peak were already on familiar terms, as Zynga paid $100m in 2017 for Peak’s mobile card games business, which included such titles as Spades Plus and Gin Rummy Plus, as well as some other titles popular with local Turks.

This time, Zynga is getting the whole Peak shebang, including a 100-person development studio in Istanbul, along with new Peak titles in various stages of development. Zynga claims the add-on will boost its mobile daily active users by over 60% and will prove to be “an additional driver of margin expansion over the coming years.”

Thing is, Zynga’s evident quest to acquire every other game developer always offers the promise of extra profits down the road, except that road keeps stretching out further onto the horizon as Zynga struggles to pay the costs of these acquisitions.

Way back in late-2017, Zynga was boasting about recording its first ever back-to-back quarterly profits. Last month, Zynga reported a net loss of $104m in the first three months of 2020, mostly due to hefty earnout payments from earlier acquisitions.

But hey, what do we know? Investors pushed Zynga’s share price up 5.5% by the close of Monday’s trading, responding to the company’s updated Q2 guidance that projects an additional $30m in revenue and an extra $2m in earnings while net losses will rise from $60m to $160m. At some point, Zynga is going to run out of road to kick this can down.