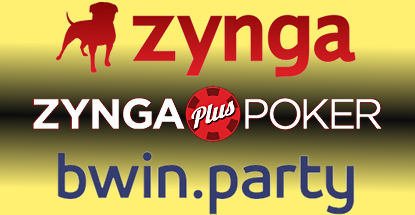 Launched with great fanfare in April 2013, the ZyngaPlus casino and poker products were intended to allow the San Francisco developer to transition its popular social gaming products from dealing in virtual credits to cold hard cash. Sadly, the launch was greeted with as much enthusiasm as a beer fart in a crowded elevator and it was only three months later that Zynga announced it was reversing course on its broader real-money ambitions.

On Thursday, ZyngaPlus players received emails informing them that the sites would be closing “shortly” and advising them to withdraw their balances. A Zynga spokesperson told eGaming Review the company remained “committed to delivering customers unparalleled free-to-play mobile gaming experiences in the mainstream, evergreen categories they care the most about.”

A Bwin.party spokesman said ZyngaPlus’ demise didn’t necessarily spell the end of its relationship with Zynga. Bwin.party claimed the two parties were “discussing a number of other potential projects for future development.” Bwin.party’s attempts to diversity its offering have proven equally futile, as evidence by the January shutdown of Bwin.party’s Sportster Bet and Win social sports betting product after less than six months of operation.

Bwin.party had reportedly found a buyer for its money-losing Win social gaming division in Rising Tide Games, the new startup founded by former 888 Holdings and Zynga exec Maytal Olsha, although those sale talks have reportedly fallen apart. Despite its falling revenue, Zynga still has sizeable cash holdings and might be amenable to taking Win off Bwin.party’s hands, especially since the struggling Bwin.party is clearly a motivated seller and could be willing to let Win go on the cheap.