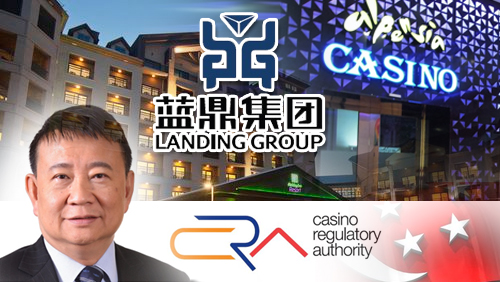 In a filing last week, Landing International said that some conditions in the sale and purchase agreement didn’t get resolved before the agreed-upon deadline.

Landing had agreed to pay HKD869 million ($112 million) to Wealth Seed Group Ltd, the firm that operates the foreigners-only Alpensia casino through a Korean subsidiary.

The casino only has a total of 16 gaming tables, including 9 baccarat tables, and 42 slot machines but Landing had plans to expand the casino to include as many as 70 gaming tables.

The company has two casino investments in the country including a 50-50 joint venture with Genting Hong Kong Ltd to run and operate an similar foreigners-only casino at Hyatt Regency Jeju hotel and the $1.8 billion casino project with Genting Singapore Plc. on Jeju Island, which is expected to open in 2017 with a target completion set for 2019.

Speaking of Singapore, the country’s Casino Regulatory Authority (CRA) will be under new leadership beginning April 2, as current deputy chairman Lee Tzu Yang takes over as the new chairman of the agency. According to a statement released by the Home Affairs Ministry, Lee will succeed Richard Magnus in that role now that the latter has announced his retirement after seven years.

Lee will have some big shoes to fill as he succeeds a man widely regarded as being one of the most influential figures responsible for the development and implementation of Singapore’s “robust and effective” casino regulatory legislation and framework.

“I would like to thank Richard Magnus for his steady leadership of CRA during its formative years,” Minister for Home Affairs Teo Chee Hean said in a statement. “He has laid the foundations for a casino regulatory framework that is firm and fair. Beyond Singapore, he has helped CRA build a network of partners and establish itself as a well-respected regulator among its international peers.”